NASA delays the flight of VIPER, the robot to search for ice water on the Moon 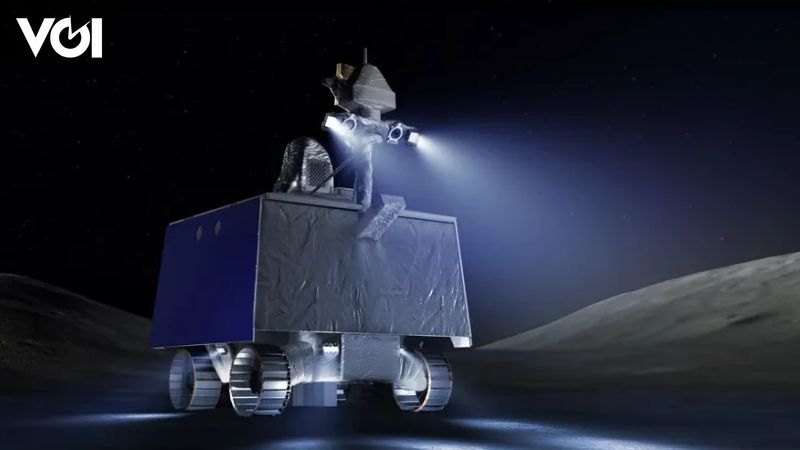 JAKARTA – NASA has finally suspended the flight of the VIPER rover, a special bot designed to search for water on the surface of the Moon. Initially NASA was going to launch an expedition to the Moon in November 2023. However, VIPER is now targeted for launch in November 2024 to allow testing of landers that will deliver vehicles to the lunar surface.

What does VIPER mean? Volatile Probe Polar Exploration Rover A major component of NASA’s Artemis program, which aims to send humans back to the Moon. This rover robot is, in essence, a seeker.

Its arrival on the Moon is now scheduled for 2024, to allow for additional testing of the lunar lander that will propel our VIPER rover to the Lunar South Pole.
More information: https://t.co/yvIWCrv9s pic.twitter.com/rd3Ufk7S3o

The robot is equipped with special agile wheels, science instruments and drills. VIPER is designed to hunt for water ice or frozen water that is believed to be on the surface of the Moon to determine how much water is there, how much water is scattered and what kind of water it is. That way, if future missions want to mine water on the Moon, they’ll have a better idea of ​​where to look and what equipment they’ll need.

To bring VIPER to the Moon, NASA contracted a commercial company called Astrobotic through the space agency’s CLPS program. It is an initiative to motivate private companies to build a commercial landing platform on the Moon.

Astrobotic, which is working on a fleet of lunar robotic landers, plans to use a future Griffin lander to bring VIPER to the lunar surface. But now, NASA has announced that it has requested additional testing of the Griffin lander, pushing the projected launch date back to the end of 2024.

With the change, NASA awarded an additional US$67.8 million (Rp1 trillion) to Astrobotic, bringing the company’s total contract value to US$320.4 million (Rp4.7 trillion) for the VIPER mission.

Read Also:  Weird things fall in Australia... you will be surprised to know what they are

Despite the rover’s delays, NASA plans to fly versions of the VIPER instrument on two commercial landers coming to the Moon later this year. One of the two landers being developed by the company intuitive machines is based in Houston, as well as another smaller lander called Peregrine being developed by Astrobotic.