NASA has announced the names of two astronauts who will take part in the first crewed test mission of Boeing’s new Starliner spacecraft. Barry “Butch” 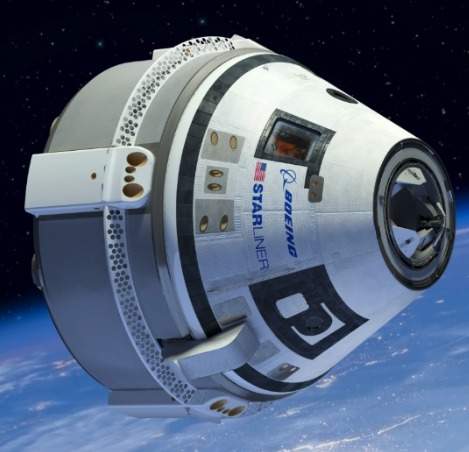 NASA has announced the names of two astronauts who will take part in the first crewed test mission of Boeing’s new Starliner spacecraft.

Barry “Butch” Wilmore, a former Space Shuttle pilot and two-time visitor to the International Space Station, will conduct the Crew Flight Test (CFT) mission (ISS). Suni Williams, a veteran astronaut who has completed two space voyages, will accompany him. In 2007, Williams became the first person to run a marathon in space when she jogged for more than four hours on the station’s treadmill. Mike Fincke, a three-time space visitor and NASA astronaut, will train as a backup pilot for the mission.

Boeing’s Starliner spacecraft achieved its first successful test flight in May after a failed mission in December 2019.

A date for the CFT mission will be determined when NASA and Boeing have completed their evaluation of flight data from May’s unmanned test mission. The space agency said it expects to announce a schedule for the CFT late next month.

“Based on current space station resources and scheduling requirements, a short duration mission with two astronaut test pilots is sufficient to meet all NASA and Boeing test objectives for CFT, including Starliner’s operations to and from the space station. This includes demonstrating the ability to fly crewed missions safely, NASA said in a release shared Thursday.

After aboard a United Launch Alliance Atlas V rocket from Kennedy Space Center in Florida, Wilmore and Williams will follow the same flight path that Starliner took on last month’s mission before docking with the ISS for a two-week stay .

It said both the Starliner and Atlas V “performed well during all phases” of the May test flight. “We are taking a systematic look at each system to determine what needs to be upgraded or improved next to the CFT, as we do with every other crewed flight.”

A successful CFT mission would send Starliner on its way to achieving full certification, allowing it to provide ongoing crewed flights to and from the space station in the same way that SpaceX deploys its Crew Dragon spacecraft today.

SpaceX conducted the first crewed test flight of Crew Dragon in the summer of 2020, a feat that returned crew launches and landings in the US in 2011 after a nine-year pause following the end of the Space Shuttle program. Crew Dragon has since made five crewed flights (Crew 1-4 and Axiom-1) to the ISS, with the next one scheduled for October 2022.

The Chicago Bears will interview Morocco Brown for a CEO vacancy. Here’s what you need to know about the director of college scouting...