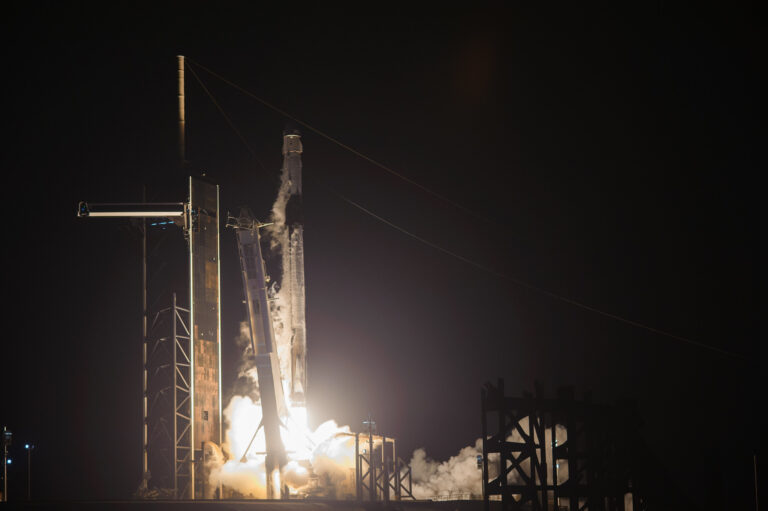 Other investigations include the study of the ability of immune cells to reverse those effects during aging and postflight recovery; a CubeSat that will monitor cloud top and ocean surface temperatures, which could help scientists understand Earth’s climate and weather systems; and a student experiment testing a solid alternative for potential use in future lunar and Martian habitats.

Arrival at the station is scheduled for Saturday, July 16 at approximately 11:20 a.m. EDT. Dragon will autonomously dock at the forward-facing port of the station’s Harmony module, with NASA astronauts Jessica Watkins and Bob Hines overseeing operations from the station.

The spacecraft is expected to spend about a month attached to the orbiting outpost before returning to Earth with research and return cargo as it descends off the coast of Florida.

The full coverage of this mission is as follows (all time Eastern). Coverage is subject to change based on real-time operating activities. Follow the International Space Station blog for updates.

2 p.m. – Climate conversation with the following participants on NASA TV:

8 p.m. – Prelaunch media teleconference with the following participants (not earlier than one hour after the completion of the Launch Readiness Review):

The teleconference will be live streamed here:

The teleconference will be livestreamed on the agency’s website:

Live coverage of the launch will begin Thursday, July 14 at 8:15 p.m. on NASA TV. For downlink information, schedules, and links to streaming video, visit:

Launch day coverage of the mission will be available on the NASA website. Coverage will include livestreaming and blog updates, starting before 8 p.m. on Thursday, July 14, as the countdown milestones occur. On-demand streaming video and launch photos will be available shortly after liftoff. For questions about countdown coverage, contact the Kennedy Newsroom: 321-867-2468. Follow countdown coverage on our launch blog:

Virtually participate in the launch

Members of the public can register to participate in this launch virtually. Registrants will receive mission updates and activities by email. NASA’s Virtual Guest Program for this mission also includes curated launch resources, notifications about related opportunities, and a virtual guest passport stamp after a successful launch.

View and Connect on Social Media

Let people know you’re following the mission on Twitter, Facebook, and Instagram by using the hashtags #Dragon and #NASASocial. You can also stay connected by following and tagging these accounts:

For information about coverage in Spanish at the Kennedy Space Center or to request an interview in Spanish, please contact Antonia Jaramillo: [email protected] or 321-501-8425.