Three years into the pandemic, it’s become a ritual.

The Washington National Cathedral has rung its bell thousands of times in solemn tribute to the lives lost to COVID-19. But even after hitting 200,000 … 300,000 … 500,000 dead, the dean of the cathedral never imagined the toll would grow to its current high.

The bell will ring on Monday for 900,000 dead – “a figure I can’t even comprehend,” the Rev. Randy Hollerith said.

The cathedral has observed each 100,000 milestone by ringing its largest bell, the bourdon, one time for every 1,000 people who have died from the virus. 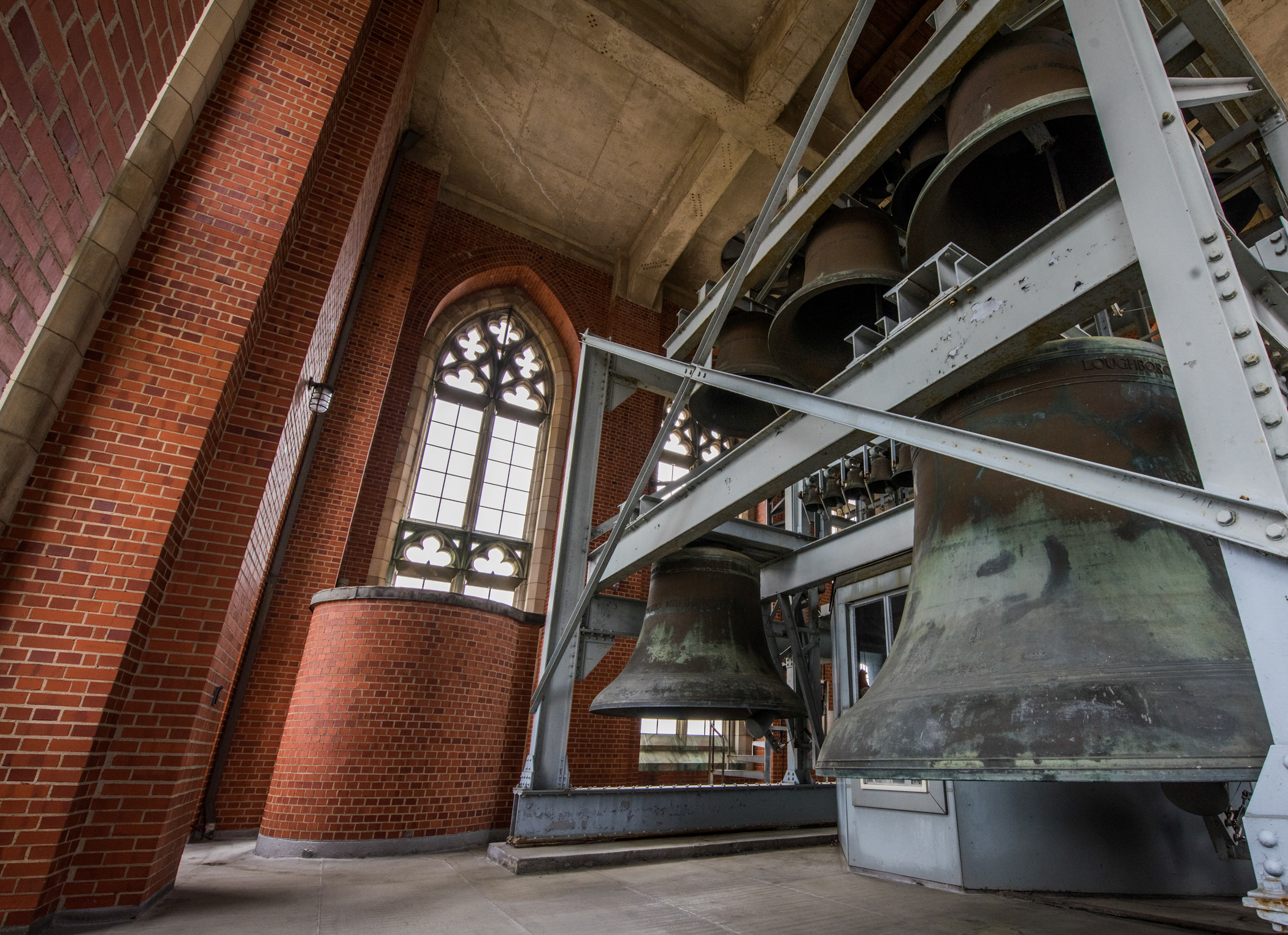 Cathedral staff first put together this auditory memorial early on in the pandemic, four months after the first confirmed US case of the novel coronavirus. The clapper struck the bourdon 100 times for 100,000 lives, ringing for roughly 10 minutes. This time, the bell’s mournful cry will last 90 minutes.

For each of these hundreds of rings, a person needs to press the button. Then the clapper, attached to a hydraulic machine, strikes the bell. The sequence cannot be pre-programmed, and the system takes about six seconds to reset after every toll. And each time, the person ringing the bell makes a mark on a sheet of paper to keep track of the total.

It’s overwhelming, Hollerith said, but he and others are glad that it’s a manual process.

“It deserves effort and thinking and patience and presence,” he said.

There are two floors of bells at the cathedral, but the bourdon bell is the only one you can hear inside the building itself when it’s ringing. It’s been a fixture at funerals, its echo a resonant companion in time of mourning. It’s also been a “way of broadcasting to the world” that we’re saying goodbye to someone who’s beloved, Hollerith said.

Overall, new US cases have been falling after hitting a peak last month, driven by the omicron variant. But more than 2,400 people on average have died per day in the last week, according to the Centers for Disease Control and Prevention. After all the pain and suffering, a national numbness has settled in.

“When you look, as I do, every morning at the reports of what happened in the preceding 24 hours, and you see another 2,000 people have lost their lives – that ought to be just unbelievably unacceptable,” said Dr. Francis Collins, former director of the National Institutes of Health. “And yet, it’s OK.”

It’s front-page news whenever a plane full of passengers goes down, said Collins, who retired from his role late last year. “This is like six or seven planes going down every day with barely much in the way of notice.”

He described COVID as a “wily virus” that has defied our ability to predict its behavior. Health experts and officials have long warned that the uncontrolled spread of the virus around the world is likely to unleash new variants, which may be able to evade our immune defenses, especially among unvaccinated, older and immunocompromised people.

“This is like six or seven planes going down every day with barely much in the way of notice.”

“This is no time for us to be relaxing on the careful attention to things that can reduce the spread,” Collins said.

Diagnostic tests, therapeutics and vaccines that were developed in record time have helped save millions lives around the globe, he said, but more have been spared if people hadn’t rejected vaccination due to a swirl of misinformation, disinformation and conspiracy theories that obscured people from the facts.

Every death from COVID is a tragedy, Collins said. There may be political fights over masks or vaccines, or a raft of incorrect information on social media that contributes to a kind of uncertainty about what to do. People, too, may not want to think about the collective loss. “But that doesn’t change the fact that people are dying every day,” he added.

The cathedral’s bell tolling, at least for people in the nation’s capital or those who watch the online stream of the memorial, is one way to remember the ongoing tragedy. It’s also a reminder that the grieving process has and will persist.

“We should grieve together, and it shouldn’t matter at all what position we happen to take about other political matters,” Collins said.

“I hope, at least for grieving, we could become one nation.”