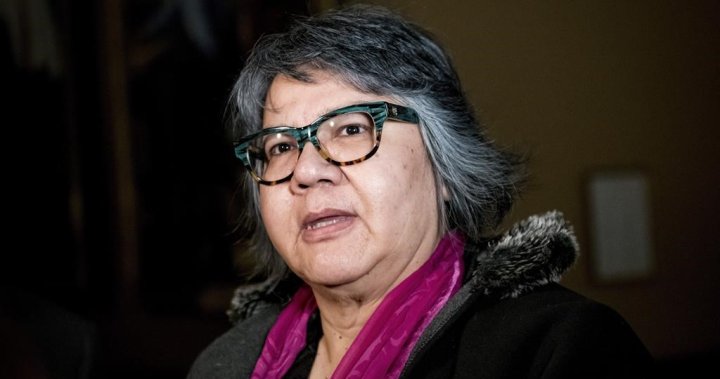 With immediate effect, national premier Roseanne Archibald has been voted to suspend by the Executive Committee of the First House of Nations (AFN) and its national board of directors.

The AFN said in a statement on June 17 that the decision came after four complaints were received against him so that an investigation could be conducted.

Until the executive committee reviews the inquiry report and makes a final decision, the national chief will be suspended with pay.

Archibald was taken out of his email on Friday at 7:30 p.m., according to a Statement He created.

According to AFN, Archibald will not be allowed to attend the annual general assembly and chief assembly meeting in early July.

“It is regrettable that we had to take this drastic action but we had no other option. The national chief has seriously violated his obligations to the AFN through baseless and baseless public attacks on the integrity of our organization and our employees, which will only serve to undermine the good work we have done as we live in our first nation. Continuing to serve communities. AFN spokesman, regional chief Paul Prosper said.

On June 16, Archibald issued a public statement calling for a forensic audit and an independent investigation into the Assembly’s alleged corruption and “poisoning”.

She said she has been “undermined, defamed and attacked” in her efforts to clean up the organization, which she accused of running a “smear campaign” to silence her.

The statement prompted the assembly to suspend him as it violated his obligations to the AFN, his release said.

On June 17, Archibald made another public statement, saying that she would “not back down from her effort to shed light on what she believes to be corruption and collusion within the AFN.”

“I am of the opinion that AFN has a pattern of launching false investigations and leaking confidential information, particularly among the most senior employees,” it said in the release.

“What is happening is wrong, but it is not about me; It is a manufactured distraction from my repeated calls within the AFN to investigate the wrongdoings of the past eight years. ,

“I am writing to inform you that I need some time off. Due to the information shared on Friday about possible turmoil in the office, I am under pressure and I have poor mental health and I would like to deal with this situation. I need this week off to take some time off for my mental health,” the pre-written email, detailed in Archibald’s public statement, reads.

Archibald also says that the nature of the relationship between AFN’s three staff members and the CEO is “highly questionable” and “worth investigating”.

Archibald was elected as the first female national head of the assembly in July last year.

— With files from Sean Boynton

China planning to return Mars samples to Earth in 2031: report