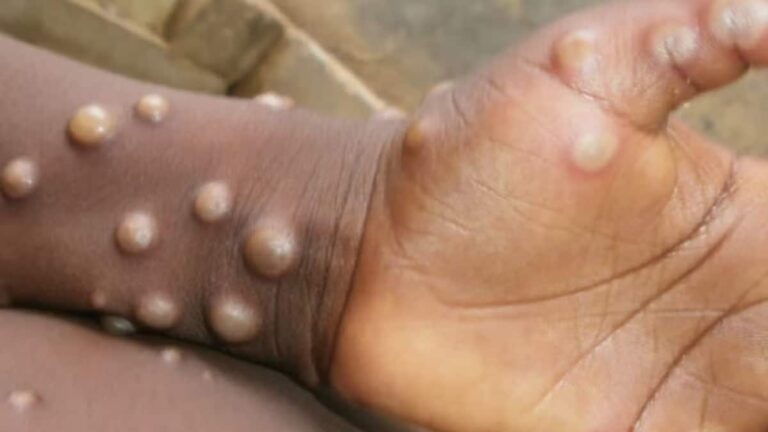 The Ministry of Health has given this information on this Friday. First death from monkeypox in SpainAccording to the latest report of the National Epidemiological Surveillance Network (RENAVE), which It also confirms 4,298 cases of people infected with this disease in our country till July 29.

Similarly, out of the notified patients on SiViES platform, total There are 4,081 males and 64 females. In three patients this information is not recorded. Age limit is between 10 months to 88 years Average age of 37 years.

The ministry clarified that out of 3,750 patients with available information, one hundred and twenty cases were hospitalized (3.2%) and one died.

Regarding attendance at large events, Of the 3,137 cases with information about this variable, 560 participated in an event in the days before the onset of symptoms.

Health has also reported that Spain is “currently one of the most affected countries globally.” “During the months of May and June 2022, there was an upward trend in the reported cases which continues into the present day,” he warned.

The ministry also pointed out that, as in the rest of the country, cases have been identified primarily in the MSM population – men who have sex with men – with “the transmission mechanism of most cases through very physical contact”. . narrow, mainly in the context of high-risk intercourse’.

However, the department led by Carolina Darius has stressed that if said continued transmission is “not optimally controlled” there will be “a significant risk” that it will be “spread to other population groups by the same transmission mechanism”. , which would be likely to affect the presence of severe cases in other groups and vulnerable populations”.

Spain to get 7,000 more vaccines against monkeypox

The Minister of Health, Carolina Darius has stated that The second delivery of 7,000 monkeypox vaccines is expected to be received in the first week of August, in addition to the 5,000 that have already arrived, A total of 12,000 of those acquired by the EU’s Agency for Preparedness and Response to Health Emergencies (HERA) for health emergencies have been linked to Spain.

In statements to the media, after visiting the San Jorge Hospital in Huesca, the minister remarked that she is “waiting for HERA to make another new acquisition and we will, before the end of the year, have another new delivery.” can do”.