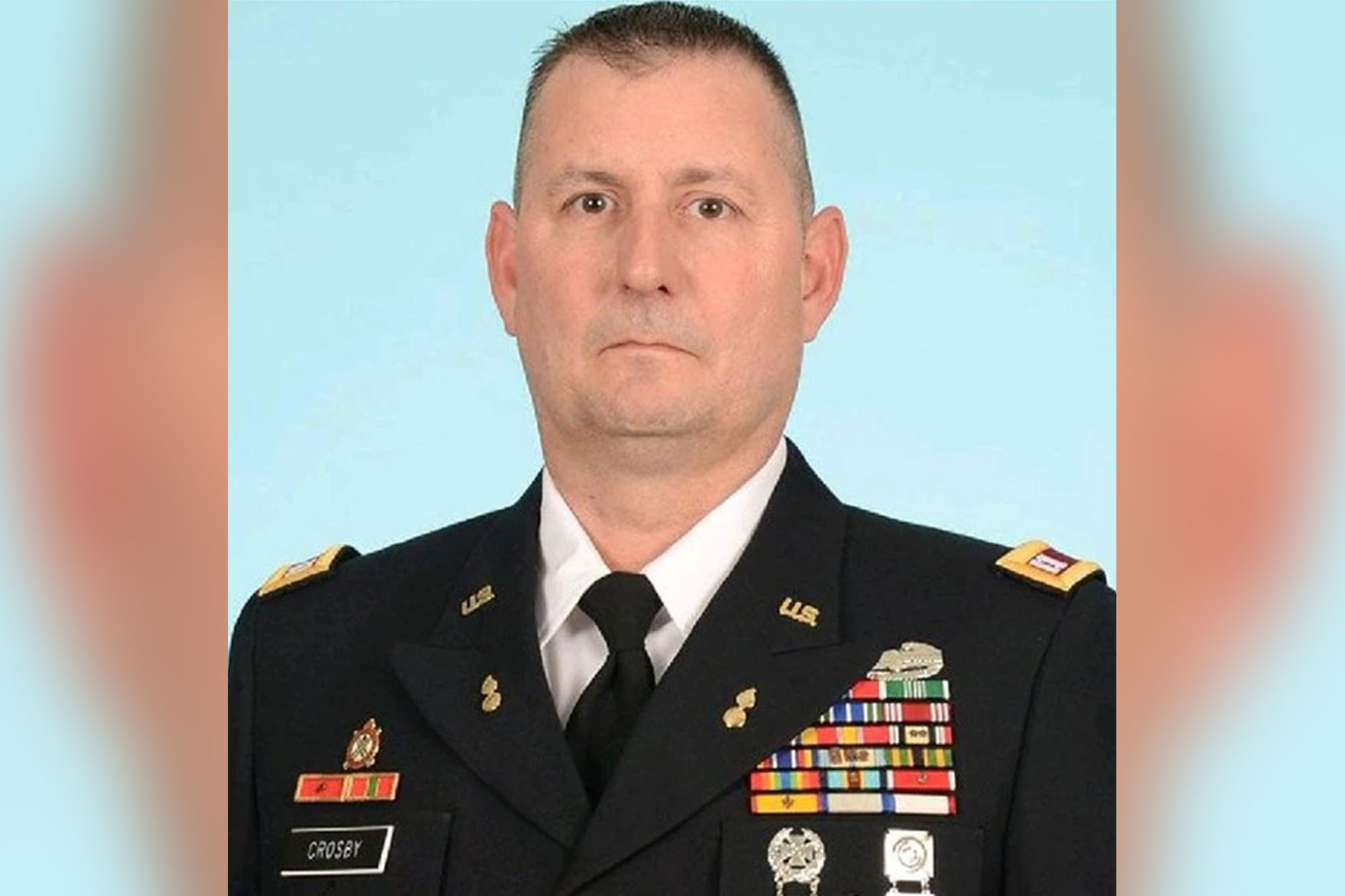 A Louisiana Army National Guard officer was allowed to retire with full benefits after he was convicted of assault for “motorboating” a subordinate soldier during an informal promotion ceremony last year, a report said.

Capt. Billy Crosby, a logistics officer with the 256th Infantry Brigade Combat Team deployed in Jordan, spent 30 days in the brig for “placing his face between [the junior solider’s] breasts and moving his face from side to side,” in May 2021, according to court documents.

According to the docs, he told the soldier twice in January that he would “motorboat” her at her upcoming promotion ceremony.

In May while deployed in Jordan, the female officer declined to have a promotion ceremony. After she declined, Crosby entered the soldier’s room where she was sitting down in just a duty-approved brown t-shirt and training shorts and performed his own improvised ceremony, the court docs say.

Crosby “told her to stand up, placed the rank in front of her chest and leaned in to grab the rank with his teeth,” and put his face between her breasts, the court documents said.

“He vigorously moved his head from side to side between [the junior soldier’s] breasts while still holding the rank with his teeth,” according to court documents. A staff sergeant who witnessed the assault “immediately left the office because he was made so uncomfortable by the Accused’s actions.”

Stay up on the very latest with Evening Update.

Witnesses told investigators that Crosby had previously harassed the sergeant, once asking that she ride with him to another post in Jordan because he “liked looking at her breasts],” court documents state.

He was initially charged with conduct unbecoming an officer and abusive sexual contact before he pleaded guilty to lesser charges of assault consummated by battery and conduct unbecoming, The Army Times reported.

Crosby, who participated in the 1989 invasion of Panama, retired on March 31 after completing his sentence and returning home.

He maintained full benefits and was not ordered to pay any fines or forfeit any pay after the judge ruled he would not be dismissed from the Army. Crosby was also not required to register as a sex offender since his charged was downgraded to assault per his plea deal, according to The Army Times.

“I was accused of a lot more than I did, and I pled guilty to what I did,” Crosby told Stars and Stripes.

“The Left’s discourse of hunting as a strategy cannot continue”: Senator Yeni Rojo to President Petro