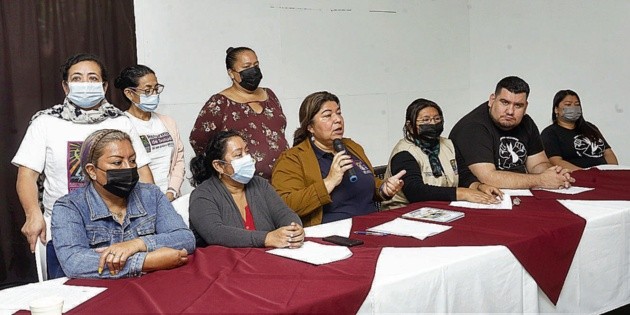 The organization’s coordinator, Morena Murillo, said that the government has gradually closed the Family and Specialized Community Health Teams (ECOS) since 2019. “This government started closing ECOS and mainly closed them in some parts of San Salvador. For example, here we had ECO El Corro. It was closed and there are thousands of people who need close attention, as they are fringe urban communities,” said a spokeswoman for the NGO.

Osmin Posada, who is also part of the forum, said some of the community teams that are still open are no longer fulfilling their roles. “In the few that are still working, the role of staff or health promoters is different, for example by mowing the grass around it, to keep the ECO aesthetically pleasing, but it no longer works like this, said Posada.

According to the forum, most of the ECOS that were shut down did not have infrastructure that was owned by the Ministry of Health (MINSAL). “All the ECOS that remained in the community homes or the community health homes, all of them have been closed and they have all returned to the health unit,” Murillo said.

The FNS confirmed that this situation worsened the health of the women, children and vulnerable populations who were cared for in these places.

“Those visits for follow-up of older patients, older adults, pregnant women, vaccination of boys and girls in areas that are no longer done,” Murillo said.