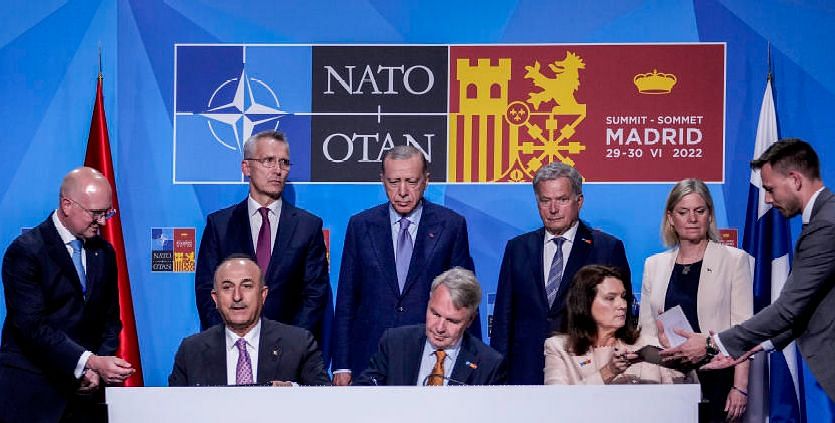 The North Atlantic Treaty Organization (NATO) has formally invited Sweden and Finland to join the military alliance, NATO heads of state and government said in a declaration.

“We reaffirm our commitment to NATO’s open door policy. Today, we have decided to invite Finland and Sweden to become members of NATO and to sign the Accession Protocol,” the statement said on Wednesday. have agreed.”

“We have endorsed a new strategic concept. It describes the security environment facing the alliance, reaffirms our values, and the core objective of NATO and the greatest need to ensure our collective defense based on a 360-degree approach. conveys responsibility,” a summit read.

According to the declaration, the concept also stipulates the coalition’s three main tasks, which include deterrence and defence, crisis prevention and management, and cooperative security.

US President Joe Biden today announced significant US reinforcement of NATO forces in Europe to deal with threats in every domain – land, air and sea, as the much-anticipated transatlantic summit begins in Madrid amid the raging conflict in Ukraine.

“The United States and our allies are leading the way and proving that NATO is needed now more than ever, and it is as important as ever,” Biden was quoted as saying by Nation World News.

Biden said the US plans to establish a permanent headquarters for Fifth Army Corps in Poland and maintain an additional rotational brigade of 3,000 soldiers in Romania.

In addition, Washington will also increase rotational deployment to the Baltic states, sending additional F-35 fighter jet squadrons to the UK and deploying additional air defense and other capabilities to Germany and Italy.

Ukraine conflict: US ‘ready for any situation’

War in Ukraine: Denmark seeks more active role with US and NATO

After a good first third, Switzerland goes swimming against the United States

ukraine-war-liveticker – US promises more billions in aid to Ukraine

Sanna Marin apologizes for a new photo of a party at the official residence. “Nothing extraordinary happened,” said the Finnish prime minister.

tired of being happy

Canada dressed in gold after beating Finland at the World Juniors

Europe erases Soviet mark against Putin as ‘revenge’: “the meaning has changed”