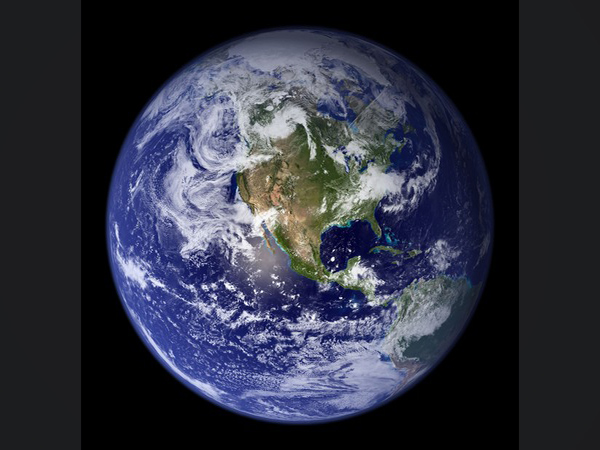 Washington [US]July 4 (ANI): A 15-year study detailing the origin and diversity of every known mineral on Earth is a landmark body of work that will help reconstruct the history of life on Earth, new minerals and ore deposits will guide the search for, predict possible characteristics of future life, and aid in the search for habitable planets and extraterrestrial life.
Published today by American Mineralogist and sponsored by NASA, Carnegie scientists Robert Hazen and Shauna Morrison detail a novel approach to linking mineral species together or splitting new species based on when and how they arose.
Once included in mineral origins, the number of “mineral types” – a newly coined term – totals more than 10,500, about 75% more than the approximately 6,000 mineral species recognized by the International Mineralogical Association (IMA). . The basis of crystal structure and chemical structure alone.
“This work fundamentally changes our view of the diversity of minerals on the planet,” says Dr. Hazen, staff scientist at the Earth and Planetary Laboratory, Carnegie Institution for Science, Washington DC.
80% of Earth’s minerals were mediated by water
“For example, over 80% of Earth’s minerals were mediated by water, which is fundamentally important for mineral diversity on this planet. By extension, this explains one of the major reasons why the Moon and Why is Mercury and even Mars far away, with fewer mineral species than Earth.”
“This work tells us very deeply about the role of biology,” he says. “A third of Earth’s minerals could not have formed without biology—shells and bones and teeth, or microbes, for example, or the important indirect role of biology, such as by creating an oxygen-rich environment that led to the formation of 2,000 minerals. otherwise not made.”
“Each mineral specimen has a history. Each tells a story. Each is a time capsule that reveals Earth’s past in a way that no one else can.”
40% of Earth’s mineral species are composed in more than one way
According to the paper, nature created 40% of Earth’s mineral species in more than one way—for example, abiotically and with the help of cells—and in many cases more than 15 different species to produce the same crystal structure. Recipes used. and chemical composition.
Of the 5,659 recognized mineral species surveyed by Heizen and colleagues, nine came into existence through 15 or more different physical, chemical and/or biological processes – ranging from near-instantaneous formation by lightning or meteor strikes to being caused by water. Everything up to changes that occur—rock interactions or changes at high pressure and temperature spanning hundreds of millions of years.
And, as if to show that he has a sense of humour, nature has used 21 different methods over the past 4.5 billion years to create pyrite (aka Fool’s Gold) – champions of the mineral world’s diverse origins. Pyrite is formed at high temperatures and low, with and without water, with the help of microbes, and in harsh environments where life has no role.
Composed of one part iron to two parts sulfide (FeS2), pyrite is obtained and formed through meteorites, volcanoes, hydrothermal deposits, pressure between rock layers, near-surface rock weathering, microbially precipitated deposits, many mining- including related processes. coal mine fire, and many other means.
To reach their conclusion, Hazen and Morrison created a database of each known process of formation of each known mineral. Relying on a large, open-access mineral database (mindat.org and rruff.ima/info) amplified by thousands of primary research articles on the geology of mineral terrains around the world, they identified 10,556 different assemblages and modes of formation. Key, detailed in the paper, “On the Paragenetic Mode of Minerals: A Mineral Evolution Perspective.”
In total, minerals have come into existence in one or more 57 different ways, according to that paper and a sister paper published simultaneously by the same journal, “Lumping and Splitting: To a Classification of Mineral Natural Types,” co-authored by Dr. Hazen and Morrison in collaboration with mineralogist Sergei Krivovichev of the Russian Academy of Sciences and Robert Downs of the University of Arizona.
The goal of their efforts: “To understand how the diversity and distribution of minerals has changed through deep time and to propose a system of mineral classification that reflects mineral origins in the context of the evolution of the terrestrial world.”
Differentiating minerals based on how and when each type appeared through Earth’s 4.5 billion+ year history
In studies dating back more than a century, thousands of mineralogists worldwide have carefully documented nearly 6,000 different “mineral species” based on their unique combinations of chemical composition and crystal structure. Dr. Hazen and his colleagues took a different approach, emphasizing how and when each type of mineral appeared over Earth’s more than 4.5 billion years of history.
“Nobody has done such a great job before,” says Dr Hazen, who was awarded its 2021 medal by the IMA for his outstanding achievements in mineral crystal chemistry, especially in the field of mineral development.
“In these twin papers, we are doing our best to lay the groundwork for a new approach to identifying different types of minerals. We welcome insights, additions, and future volumes from the mineral community.” (ANI)

The study states that 57 recipes were used to create 10,500+ ‘mineral types’ of Earth; will help in the search for life in space