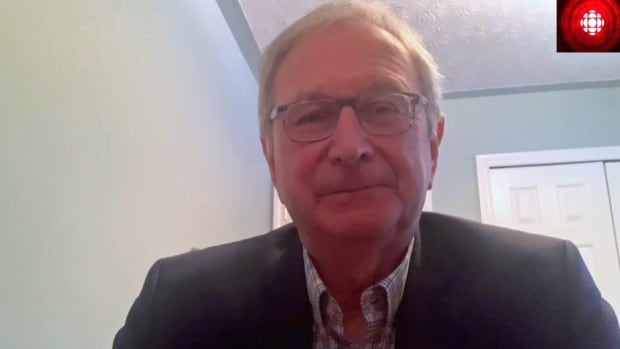 Premier Blaine Higgs says he hopes to be able to make an announcement before the end of the week related to loosening COVID-19 restrictions that will “take the steam out of” any planned protests of COVID mandates.

A so-called Freedom Convoy is being organized at the provincial legislature this weekend to “gridlock” the downtown, in support of the anti-vaccine mandate convoy protest in Ottawa, now in its 12th day.

New Brunswick Public Safety officials are working with the Fredericton Police Force and the RCMP to “come up with a plan to be ready,” said Higgs.

He wants to ensure “a minimal impact” for residents of the province’s capital, and avoid a situation like the one gripping the nation’s capital, where a state of emergency has been declared and the House of Commons held an emergency debate Monday evening.

Meanwhile, Public Health officials are meeting with government to outline the impact COVID measures have had, how hospitals are faring and “where we can go over the coming two, three or four weeks,” he said.

“So our path to reopening will be better defined, and I hope to be able to communicate that, if that’s the way it works out, towards the end of this week. So it’ll be known, you know, prior to the event “

Under Level 2, people must limit their social contacts to a steady 10, businesses, including retail, are allowed to operate at 50 per cent capacity and with physical distancing, and the same applies to spas and salons, entertainment centers, gyms and restaurant dining rooms, along with proof of vaccination being required.

The criteria to assess whether to move to the least restrictive Level 1, according to the plan, include:

Indicators point to a “stabilization in the system,” Higgs said, citing the number of people in hospital “dropping a bit” and fewer health-workers off the job now because of the virus than two or three weeks ago, as examples.

“I’m hopeful — and we’ll get that recommendation from Public Health this week — but I’m hopeful that that will be signs of us being able to move further and that will take the steam out of the protests, if we’ re able to do that.”

Protesters who “want to have a stage to operate on” are “apt to continue,” he said.

But Higgs thinks the numbers will “dwindle because the moderates will basically say, ‘OK, we see a solution. We’re moving in the right direction.'”

He believes the “moderates” are just tired of restrictions and want to know “there’s light at the end of this tunnel.”

“No one is any more tired of restrictions than I am,” he said. “And I want this over with.”

Police estimate more than 100 people rallied in front of Higgs’s home in Quispamsis on Saturday in protest of COVID-19 mandates.

Higgs said they were loud but not aggressive.

“It wasn’t an experience that I’d recommend to anyone, but it wasn’t one that I felt threatened by it either.”

Fredericton Police Force Chief Roger Brown posted a statement on social media early Monday evening, saying the force is aware of the protest being planned for this weekend.

“Police are co-ordinating with a number of agencies to ensure that the response can be adjusted based on what the situation dictates. Please be patient. We will continue to communicate with the public,” the tweet said.

“Rest assured that our primary responsibility is to ensure the safety and security of everyone. Our goal is to ensure that the impact on residents and businesses is minimized.”

New Brunswick recorded four more COVID-related deaths Monday, but the number of people in hospital dropped by eight to 151.

Of those, 68 were hospitalized for COVID-19, while the other 83 were originally admitted for something else when they tested positive for the virus.

Sixteen people are in intensive care, and eight of them are on ventilators.

New Brunswick has had 31,017 cases of COVID since the beginning of the pandemic, with 27,298 recoveries so far and 263 COVID-related deaths.