Nearly 4,000 flights canceled after the cold storm in the US 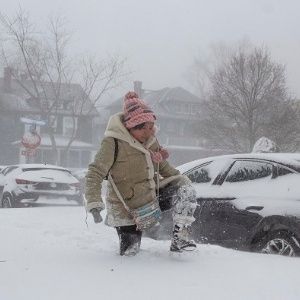 Nearly 4,000 flights were canceled on Thursday due to the impact of winter storm Elliott in the United States (USA), more than half of the North American company Southwest.

The death toll from the winter storm in the US has risen to 34.

Guided by FlightAware data, 3,944 flights were canceled this Thursday, including 2,357 from the aforementioned Southwest, one of the hardest-hit airlines since the start of the storm on Christmas.

The airports with the most cancellations include Denver (Colorado), Chicago (Illinois), Las Vegas (Nevada), Dallas (Texas) and Baltimore (Maryland).

The airline had 2,357 canceled flights as of Thursday morning, or 58% more than other carriers, according to airline data tracker FlightAware.


Similarly, according to the FlightAware portal, over 8,000 flights scheduled for this date were delayed.

So far, official figures showed more than 50 people have died across the country and 37 in Erie County, just northwest of New York.

Winter storm Elliott brought down the thermometer across much of the northern country, with many areas dipping below zero degrees Celsius. The storm caused flight disruptions, an unfortunate loss of life, left thousands without power and disrupted traffic.