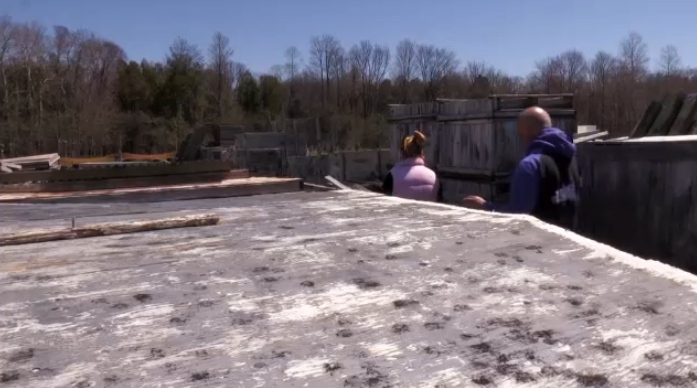 A noisy operation that disrupts its neighbors or a successful business that boosts the local economy?

Cambridge city councillors heard from numerous delegates on both sides Tuesday, as they consider whether to allow paintball business Flag Raiders reopen on a property at 1500 Kossuth Road where it operated in the past.

“The participants play their war game and then go to their homes,” neighbor Ray Anderson told council. “This is our home and we can’t escape.”

Anderson was one of several people who live on nearby properties and describe Flag Raiders as noisy and violent.

Others told council paintball is a sport that offers a fun welcoming experience and leads to long-time friendships.

“You have a world class facility in your midst,” Oakville resident Andre Critchlow told council. “Professionally run, it not only attracts players from Ontario but the United States and even England, and special occasions from other countries.”

The land at 1500 Kossuth Road in Cambridge is zoned as agricultural and open space, but Flag Raiders operated there between 2001 and 2008 because of two temporary use bylaw amendments. When the council declined a further extension, Flag Raiders moved to Bingemans for several years.

That land has now been sold, and the owners of Flag Raiders are asking to return to Kossuth Road.

Read Also:  The growing problem of 'swatting' and why experts say it's a dangerous trend | Nation World News

They said changes to paintball equipment mean the game is much quieter and they no longer use air horns.

“There’s an awful lot of ways that we can mitigate the set up of the field and the way things are played so that our impact on neighboring properties is minimal, if at all,” said Flag Raiders co-owner Corey Kimpson.

City councillors will make their decision on the rezoning at a later date, but many hinted on Tuesday they hope a solution for Flag Raiders can be found.

“I think all of the council wants to support businesses that get kids outside and get our economy moving, but it has to be done carefully in a measured proper way,” said Coun. Scott Hamilton.

Billionaires added $5 trillion to their fortunes during the pandemic