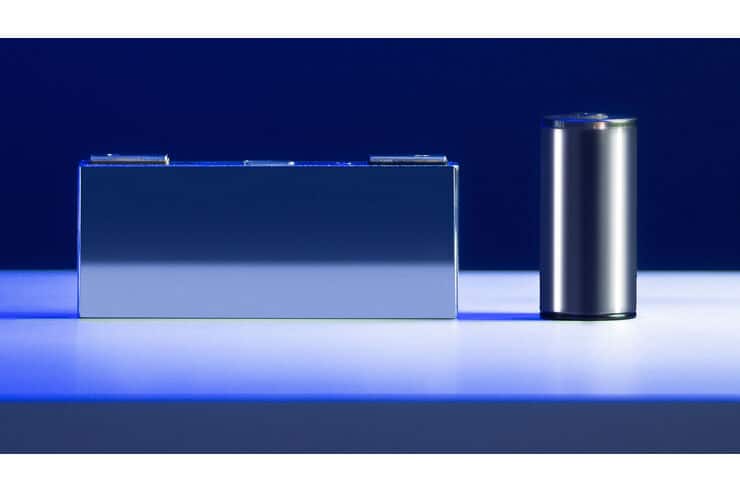 BMW’s all-electric platform “New Class” has its own battery round cells of a completely new generation. They should offer advantages in all areas.

In 2025, BMW wants to launch the first models based on the “New Class” platform: In July, CEO Oliver Zipse presented “a compact sedan in the 3-series segment and a corresponding sporty SUV” as the first new class series Outlook. With this, the manufacturer is leaving its previous “Power of Choice” approach: Unlike the current CLAR platform, it cannot represent both combustion engines and hybrid and purely electric drives, but is designed as an “electric-only architecture”. So no more compromises with the future electric models, which is why BMW also wants to integrate the best possible battery technology into the new class platform.

The Munich company is now showing which battery cells will be used in the new class models. These are newly developed round cells of the sixth generation, which should be optimally matched to the new platform. From a geometric point of view, they present a cylindrical shape with a uniform diameter (46 millimeters), but are built into the battery packs at two different heights. BMW is currently using prismatic cells in its electric cars.

Although these are classic lithium-ion batteries, they have a fundamentally advanced cell chemistry. On the cathode side, the nickel content was increased and the cobalt content reduced at the same time. In principle, cell chemistry even offers the potential to use cathodes made of lithium iron phosphate (LFP), which means that the use of the critical raw materials cobalt and nickel could be dispensed with in the future, says BMW. The silicon content is increased on the anode side. BMW increases the voltage of the energy storage, drive and charging technology in the new class architecture to 800 volts, which, together with the new cell chemistry, should lead to significantly reduced charging times.

BMW is promising correspondingly strong values ​​for its new round cell: “The energy density is increased by more than 20 percent, the charging speed is increased by up to 30 percent and the range is improved by up to 30 percent,” says BMW Board Member for Development Frank Weber. At the same time, costs can be reduced by up to 50 percent compared to the current generation. “We are also reducing CO₂ emissions in cell production by up to 60 percent,” adds Weber.

CATL and EVE Energy as partners

To achieve this, BMW is pinning its production partners CATL and EVE Energy to this CO₂-reduced production. It was agreed “that they would use a proportion of secondary material for the raw materials lithium, cobalt and nickel and use green electricity in production,” says Joachim Post, BMW board member for purchasing and supplier network. Both partners will set up two gigafactories each in China and Europe, each with a total annual capacity of up to 20 gigawatt hours (GWh). Two more battery cell factories are to be built in the region of the North American free trade area USMCA. BMW is currently still looking for a partner here.

But for BMW, the new lithium-ion round cells are only an intermediate step towards even more powerful electric car batteries. Solid-state batteries have long played a major role in its competence centers for battery cells (Battery Cell Competence Center BCCC in Munich) and their production (Cell Manufacturing Competence Center CMCC in nearby Parsdorf). The manufacturer intends to present production-ready high-voltage batteries of this type by the end of the current decade.

Yes, the end of development is not yet in sight.

No, the natural limits of development are likely to be reached soon.

When the first BMW models with the “New Class” substructure come onto the market in 2025, they will have battery cells specially developed for this platform. These should offer advantages at every level compared to the currently used cell generation. Incidentally, for the manufacturer also on the cost side, which is why potential customers are certainly already excited to see to what extent this aspect will affect the prices of the new class models.