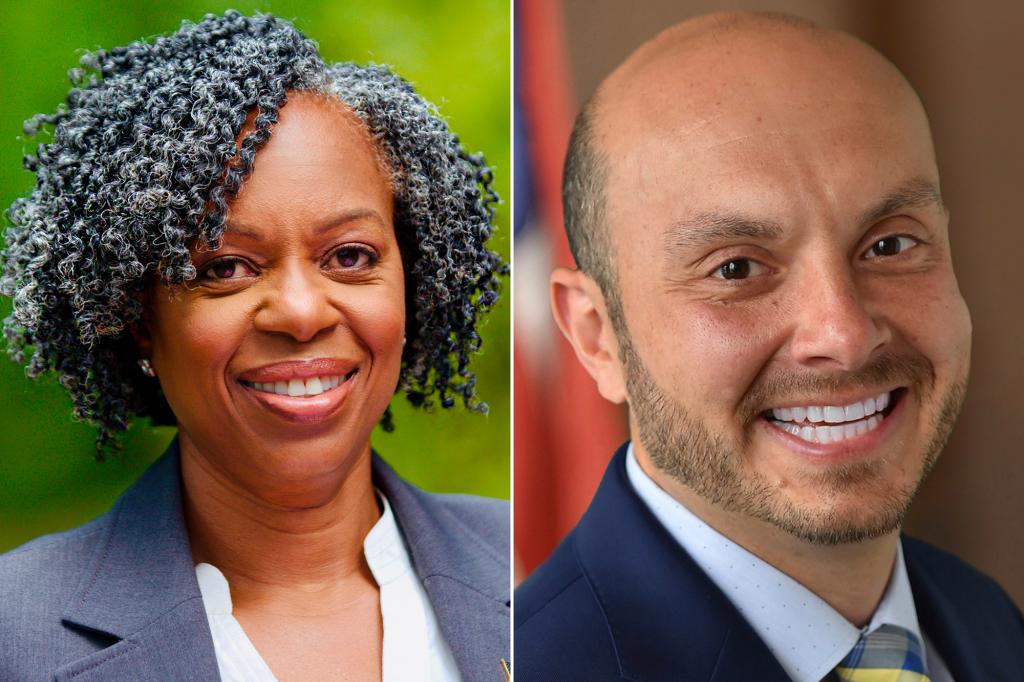 In his new state congressional maps, Special Master Jonathan Cervas tossed aside Democratic gerrymandering to create a landscape of intriguing new districts, some of which could result in political earthquakes.

In Manhattan, the new 12th district will pit the East Side’s Rep. Carolyn Maloney against the West Side’s Rep. Jerry Nadler. The two liberal warhorses have been in Congress three decades.

A new 10th district covering lower Manhattan and a slice of Brooklyn — suddenly without an incumbent — may create an opening for former Mayor de Blasio, who threw his hat into the ring on Friday. He faces a strong progressive challenge from Mondaire Jones.

The map also created no fewer than eight competitive districts — where neither party received more than 55% of the average vote in the 2016 and 2020 presidential elections.

With the current Democratic majority in the House hanging by a thread of just five seats in November, the Empire State’s new districts have the potential to swing the Congressional balance of power for the entire country. Here are the eight in play.

With Republican Lee Zeldin vacating his seat to run for governor, his district spanning East Hampton to Brookhaven is up for grabs. The district leans right, with more than 54% of voters voting Republican in the last two presidential elections.

The Democratic primary is crowded and includes Jackie Gordon, a veteran and former guidance counselor; Bridget M. Fleming, a former prosecutor and Southampton town councilwoman; and Kara Hahn, a social worker and Suffolk County Legislator. All three women have raised hundreds of thousands of dollars, according to Federal Election Commission filings.

Former Navy Lt. Nick LaLota is currently the GOP frontrunner and has the backing of the state’s Republican establishment. He faces Cait Corrigan, a Trumpy 10th-generation American, and Anthony Figliola, a former deputy supervisor of Brookhaven.

A district that includes Amityville, Babylon and Patchogue gives Democrats a slight edge. The seat is currently held by Republican freshman Andrew Garbarino, who has more than $1.2 million in campaign cash. Some of that cash, however, will be needed to fend off a primary challenge from the right by Robert Cornicelli, who has blasted Garbarino as a “Republican in name only” for being one of only 13 GOP congress members to vote for President Biden’s infrastructure bill. The Democratic field remains open, but there is a chance Gordon may seek to run in this district, Democratic party insiders told The Post. Gordon currently lives in the newly redrawn second district.

The last competitive district on Long Island will be a title fight to replace Democratic Rep. Tom Suozzi, who is leaving Congress to run for governor in a primary against Gov. Hochul. The district includes Oyster Bay, Glen Cove and a pinch of Queens.

On the Democratic side Josh Lafazan, a former Syosset School Board member and county legislator, and Robert Zimmerman, a public relations executive, are leading the money race, each with more than $700,000 cash on hand. Progressives are also making a play for the district, which leans Democratic. Alessandra Biaggi, a state senator from a long political lineage representing the Bronx and Westchester, is also making an improbable run for the seat.

On the Republican side, the party has coalesced around financier and investor George Santos, who is promising a spirited challenge with more than $825,000 in the bank. If elected, Santos would be the first openly gay Republican congressman.

The only competitive race firmly in the Big Apple, the 11th district has long been the most right-leaning region of New York City. In their earlier gerrymander, Democrats had hoped to flood the district with liberal voters from Brooklyn. While Cervas’ new map reversed that change, the seat remains competitive.

On the Dem side is former Congressman Max Rose, who represented the district from 2019 to 2021. He will first have to beat back a progressive primary challenge from Brittany Ramos DeBarros, a socialist and occasional burlesque dancer.

On the right is Rep. Nicole Malliotakis, a former state assemblywoman who took the seat from Rose two years ago. Malliotakis, a favorite of GOP leadership, has tried to stay in the moderate lane. Like Garbarino, she also voted for President Biden’s infrastructure package.

The district sprawls from Ossining to Yorktown to Carmel, and Democrats have the edge.

Democratic Rep. Sean Patrick Maloney, the powerful chair of the Democratic Congressional Campaign Committee, caused a cascade of drama by announcing his intention to run in the district. Maloney currently reps the 18th district, but his home is in the new 17th.

That put him on a collision course with Rep. Mondaire Jones, a freshman progressive. The prospect of the comparatively moderate Maloney ousting a Squad-friendly congressman has outraged the party’s far left. Rep. Alexandria Ocasio-Cortez has called on Maloney to resign his position as DCCC chair. On Saturday morning Jones announced he would jump ship to run in the city’s 10th district in lower Manhattan, pitting him in a direct contest with Blaz.

The chaos could provide an opening for Republican Assemblyman Mike Lawler, who has indicated he is getting into the race.

Maloney’s jump next door leaves the 18th district wide open for both parties. The district includes Poughkeepsie, Newburgh and Rhinebeck.

On the Democratic side Ulster County Executive Pat Ryan threw his hat into the race this week. “As currently drawn, this map represents the area where I was born and raised, where I graduated from West Point, and where I currently live,” he said in a tweet Monday. Ryan will likely be joined by State Sen. James Skoufis.

On the Republican side, Assemblyman Colin Schmitt is promising a stiff challenge with more than half a million in cash on hand.

The sprawling 19th district stretches from Woodstock to the Finger Lakes and will likely be another political firecracker. Democratic Rep. Antonio Delgado is abandoning the seat to serve as lieutenant governor, which will trigger a special election. Fellow Dem Ulster County Executive Pat Ryan has said he will run — in addition to seeking his full term in the 18th district. Josh Riley, a lawyer and former general counsel to Dem Sen. Al Franken, will run in the 19th district general election, he said in a tweet Monday.

On the Republican side, Dutchess County Executive Marcus Molinaro will run in both the special and general elections for the seat.

This upstate district, dominated by cities like Syracuse, Utica and Rome, has long been competitive. In 2020 Republican Claudia Tenney won the seat by just 109 votes, defeating incumbent Anthony Brindisi only after a protracted legal fight.

On Saturday Tenney announced she was jumping ship and moving to the more GOP-friendly 24th district, Steve Wells, a Madison County businessman has announced he will run for the seat.

Francis Conole, a commander in the Navy Reserves, is leading the Democratic field with more than $360,000 cash on hand. Vanessa Fajans-Turner, an Ithaca native and one-time director of the UN Sustainable Development Solutions Network, is also gunning for the nomination.

Concerned scientists are investigating sea urchin deaths in the Caribbean