New Epidemic: Cancer in People Under 50 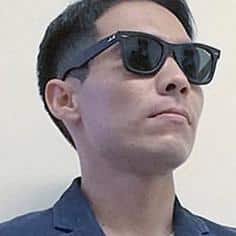 Researchers analyzed registries from 44 countries and found that 14 types of cancer (breast, colorectal, liver, bone marrow, pancreas, prostate, stomach, thyroid, esophageal, endometrial, bile duct, bladder, kidney, head and neck) were specific. The impact they have on the digestive system is increasing dramatically around the world.

The human body is made up of over 30 trillion cells, which are born, grow and divide. When any of these cells present some change or reach the limit of their life, they are programmed to die or to be destroyed by the immune system. Cancer occurs when a cell undergoes a mutation and the immune system is unable to eliminate it. These mutated cells reproduce (divide) and gain the ability to become immortal. As cancer cells reproduce, they eventually multiply enough to disrupt the body’s biological processes or invade other areas of the body. There are many different types of cancer and they can develop anywhere in the body. These conditions are more common in people over the age of 50.

When cancer strikes before the age of 50, it is called early-onset cancer. According to an article published in Nature (https://www.nature.com/articles/s41571-022-00672-8), these types of cancer are becoming more common.

Researchers analyzed registries from 44 countries and found that 14 types of cancer (breast, colorectal, liver, bone marrow, pancreas, prostate, stomach, thyroid, esophageal, endometrial, bile duct, bladder, kidney, head and neck) were specific. The impact they have on the digestive system is increasing dramatically around the world.

As expected, the increase in cancer is due to a large reservoir of risk factors that combine in our daily lives, such as stress, lack of sleep, obesity, diabetes, physical inactivity, smoking, environmental pollution, consumption of processed food. , added sugars and meat of animal origin.

Interestingly, 8 of the 14 cancers studied involved the digestive system, which suggests that diet and the gut microbiome (microorganisms that live in the gut) play a fundamental role in cancer prevention or development.

It happens in the same way as it happens with obesity. Obesity is a disease that was relatively rare in the past. Today, it is common not only to be overweight, but also to develop obesity and at a young age. Obesity risk factors, which overlap with cancer, appear to accumulate much earlier than in previous generations.

Cancer is a serious disease at any age, but when it appears in young people, the tumors are usually more aggressive. In addition, they are not detected in time because cancer diagnostic tests are not recommended for people under the age of 40.