New groups of Cubans were detained and deported until this 23 … 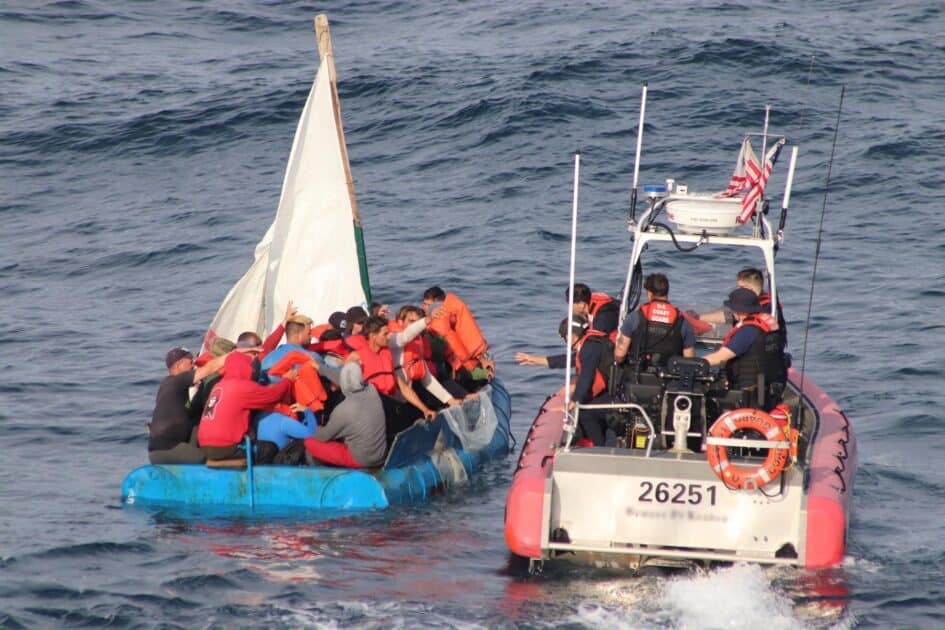 About 50 Cuban expatriates were detained on 23 December. by the United States authorities and a A large number of people have been stopped and sent back in the past,

In their message on Twitter, officials explain that border agents responded to multiple landings of migrants in South Florida in which 5 others from Cuba and the Republic of Georgia were detained.

Earlier it was reported by Slossar himself 175 Cuban immigrants were stopped by the Patrol on December 22.,

The Cubans landed in the Florida Keys and Hollywood Beach and were taken into custody by immigration officials.

Also on that date the Coast Guard newly repatriated by the crew of the ship Charles David Jr.

According to the statement of the entity, 67 Cubans were returned to the island After being stopped at several operations carried out during the week.

The first of these occurred 20 miles north of Sal Bank in the Bahamas, when the cutter Spencer sank a boat with migrants Last Monday at 9:40 am.

At 2:00 pm that day and approximately 50 miles south of Marathon, a reconnaissance aircraft detected a boat with cubans,

On Tuesday, lookouts in the Key West sector received a report of a wrecked boat 40 miles south of Boot Key.

in rescue mission 19 people were brought to safety, 4 were transferred to emergency care and a search was launched for 2 who were not found,

Coast Guard ends search for those Cubans After traveling 1067 nautical miles without being detected.

Also on Tuesday, the crew of the ship Richard Etheridge boat with migrants 20 miles from Key West.

“Winter weather in the Florida Straits is unpredictable. It can lead to rough and unsafe boat capsizing and loss of life,” said Mark Cobb, commander of the Coast Guard’s 7th District.

that unit From the beginning of the current fiscal year 2023 to last October intercepted more than 3723 Cubans,

Individuals living in the United States who wish to obtain information about a family member detained at sea by immigration officials may do so through their local government representative.