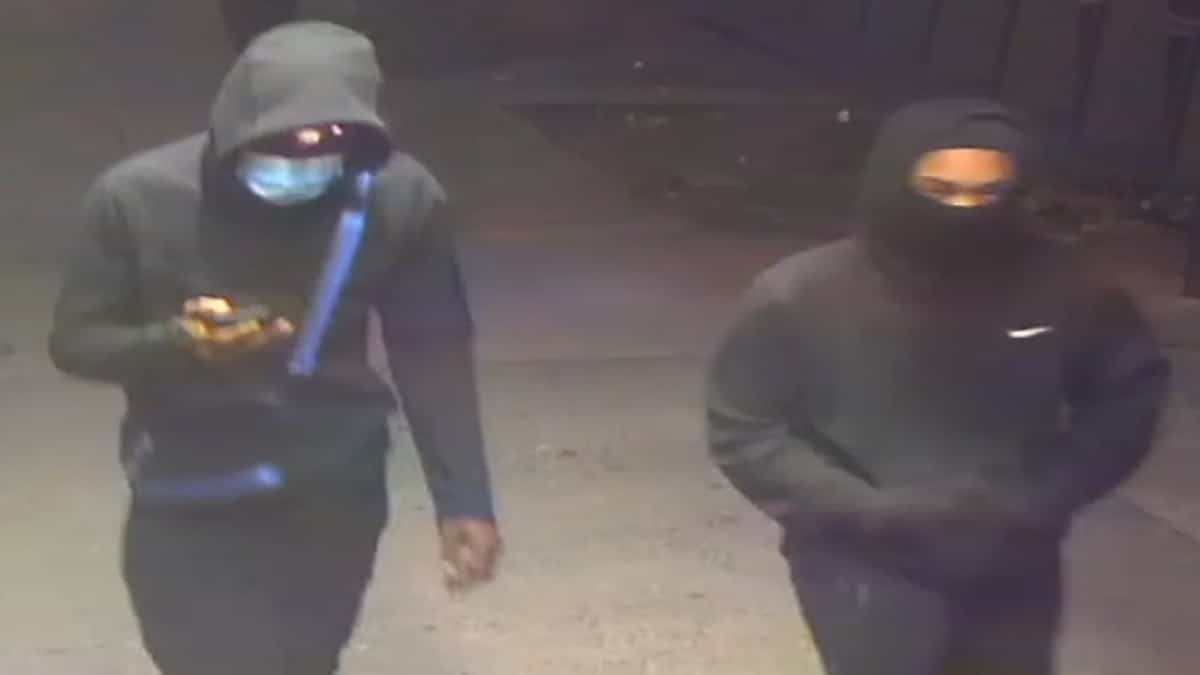 NEW YORK — Authorities have released new photos of two suspects wanted for questioning in the shooting death of a 14-year-old boy in the Bronx last week.

Authorities also released the identity of the victim, Prince Shabazz, who police say was shot and killed in what is believed to be a targeted shooting, possibly inspired by the music.

Video from a security camera shows two youths entering the Fordham Heights warehouse Morris Avenue, One had a blue shoulder strap across his chest, while the other wore all black with black and white sneakers.

The footage shows the two running suddenly just before 9:30 pm on Wednesday, when witnesses said several shots rang out.

as soon as they ran Morris Avenue, A weapon can be seen in the right hand of one of them.

Police sources familiar with the matter say the two are believed to have lay in wait and then opened fire, targeting the 14-year-old boy and his brother, who were walking on the pavement. Morris Avenue Sources said about 10 shots were fired near 182nd Street.

Despite efforts to save his life after officers arrived, the 14-year-old boy was pronounced dead after being shot multiple times in the chest, hip and leg. Brother was not hurt.

Detectives cordoned off the area until about 3:30 a.m. Thursday, eventually finding at least eight casings fired from a 9mm weapon. The police went around and around all day looking for evidence.

No arrests have been made so far and the suspected gunman is still on the run.

The investigation is ongoing, but law enforcement sources say it may have been motivated by a dispute over music, a disagreement over rap (the term “drill” often refers to retaliation or murder). Police do not believe it was an accidental attack.

If you have information, you may confidentially call the officers at 1-888-57-PISTA.