New Images Show Dust in Nearby Galaxies, and You’ve Never Seen Them Like This

When we look at pictures of galaxies outside the Milky Way, what we usually see is mainly the light of their stars. But stars are far from the only component that makes up a galaxy. Think of the stars in galactic soup as chunks of vegetables.

The broth, then, in which they float, is the intergalactic medium—not empty space but filled with often feeble, sometimes dense clouds of dust and gas flowing between stars. Because the stars are so bright, dust is usually the second time; But the dust from which stars are born, to which stars return, can tell us much about the structure and activity within the Milky Way. 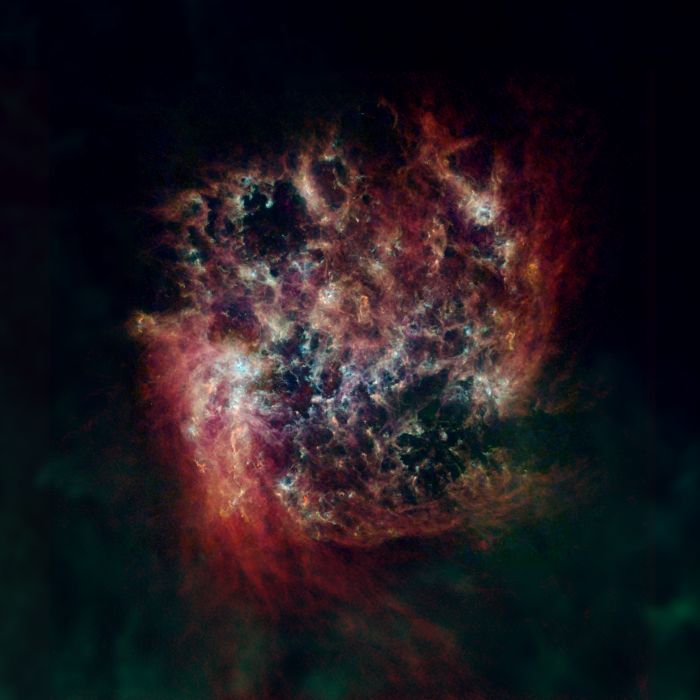 Without dust and gas, galaxies as we know them would not exist. Stars form when a dense lump of material in a cold cloud of molecular gas collapses under gravity, adding material from the cloud around it. When that star dies, it ejects its outer matter back into the space around it, along with new, heavier elements that fuse during its lifetime.

The new stars that are born incorporate the dust of the dead stars, leaving each next generation of stars a little different. We are, in fact, made of all star stuff — even stars.

But the dust is not evenly distributed. Stellar winds, galactic winds, and the effects of gravity can all push and sculpt interstellar dust into complex shapes full of cavities. Mapping the structure of structures and the elements within them is an important tool for understanding the formation of… well… pretty much everything.

The new images, unveiled at the 240th meeting of the American Astronomical Society, were obtained between 2009 and 2013 by the Herschel Space Observatory, operated by the European Space Agency. Until the launch of Webb – which has yet to deliver its first science images – Herschel was the largest infrared telescope ever to be launched. 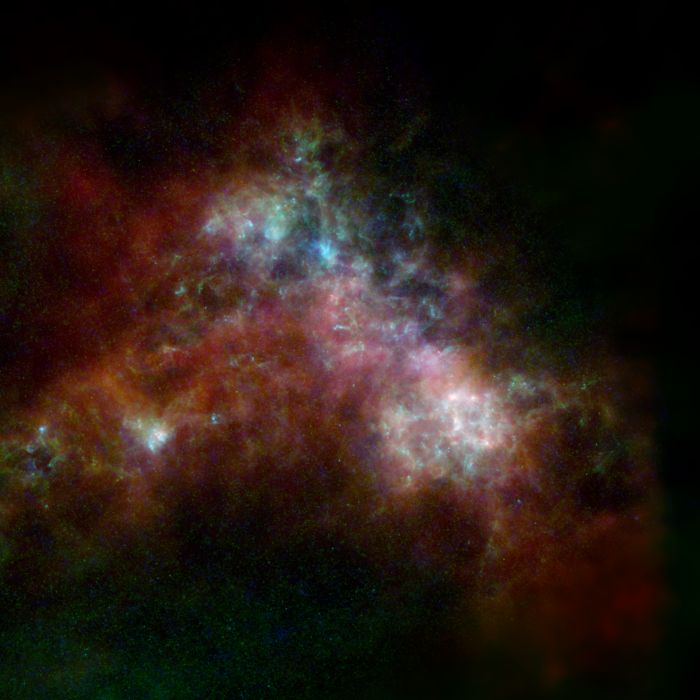 Like Webb, its ultracold operating temperature meant that Herschel could see in the far-infrared, seeing some of the coldest and dusty objects in space down to temperatures of -270 °C (-454 °F). . This includes the cold clouds in which stars are born and the dust in interstellar space.

However, it was less efficient at detecting more diffuse dust and gas. To fill in the gap, a team of astronomers led by Christopher Clark of the Space Telescope Science Institute used data from three other retired telescopes: ESA’s Planck and NASA’s Infrared Astronomical Satellite (IRAS) and the Cosmic Background Explorer (COBE). .

The results reveal complex interactions within the dust. Hydrogen gas appears in red; It is the most abundant element in the universe, so there is a lot of it. Cavities in the dust where newborn stars have blown it away with their intense winds appear as empty areas, surrounded by a green glow that indicates cold dust. The blue regions represent hot dust heated by stars or other processes. 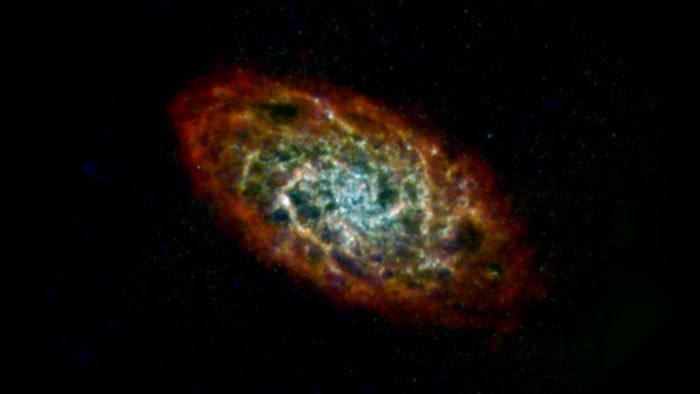 The images also reveal new information about the complex interactions taking place in interstellar dust, the researchers said. Heavy elements such as oxygen, carbon and iron can often cling to dust particles; In the densest clouds, most of the elements are bound to dust, increasing the dust-to-gas ratio. This can affect the way light is absorbed and re-emitted by dust.

However, violent processes, such as star births, or supernovae, can release radiation that breaks up the dust, releasing heavier elements back into gaseous clouds. This shifts the dust-to-gas ratio back to gas.

Herschel images show that in a single galaxy the ratio can vary by a factor of 20. It contains much more than astronomers think, important information that could help scientists better understand this cycle.

And, they are just wonderfully beautiful. Who knew Andromeda soup could be such a dazzling rainbow of color.