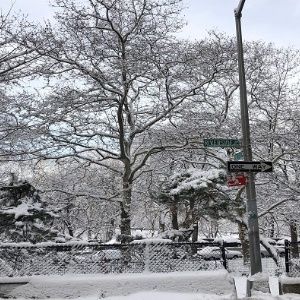 The US National Weather Service notified that the country will face a new wave of winter storms during the first week of 2023 that will bring heavy snowfall and possible tornadoes.

Death toll from winter storm in New York rises to 39

“A significant winter storm will move from the central plains into the upper Midwest on Tuesday and Wednesday. The storm will bring areas of heavy snow, ice, strong lightning and heavy rain,” the agency said.

Also regarding the low pressure system, the unit specified that it is bringing heavy snowfall and snow to the Midwest across the northern plains, as well as heavy rain to the south for the next few days.

The unit also stressed that 16 states are under winter alerts, while storms are forecast to move from the so-called Four Corners (Colorado, New Mexico, Arizona and Utah) along with the Central Plains (Texas, Oklahoma, Kansas, Nebraska). ) and in the upper Midwest (Wisconsin, Michigan, South Dakota, North Dakota, Iowa, Illinois, and Nebraska).

“Meanwhile, heavy rain and severe weather will continue across the mid-south through tonight ahead of a intensifying cold front pulling south from a low pressure system,” the Meteorological Center said.

Meanwhile, specialized sources confirmed that through Wednesday, much of the East Coast will be under a good chance of rain and thunderstorms, but areas west of the Appalachians will see a rapid improvement in weather after a cold snap.

Local platforms confirm that more than 19 million people are at risk due to these atmospheric phenomena, and an example of this, they declared, was Elliott, a strong winter storm that killed 65 people.