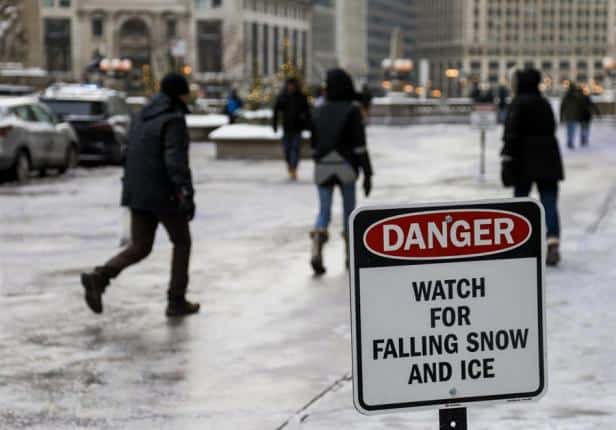 Winter storm Elliott, which hit the United States this weekend and continues to bring freezing temperatures to the northeast of the country, has killed 27 people in northwestern New York state, according to local media. Due to which the death toll across the country has increased to about 50. ,

In the past hours, Buffalo’s mayor, Byron Brown, and heads of other cities in the region have been reiterating the latest death tolls, according to the local WIVB channel, which are concentrated in the region and Niagara County.

Residents of this western region were found dead on the road, in vehicles or in their homes.

Buffalo Police issued a new statement this morning warning that driving restrictions will remain in place due to poor road conditions, low temperatures and poor visibility.

After the storm passed, temperatures remained cooler and cooler than normal on Monday across much of the eastern United States.

“Much of the eastern United States will remain frozen on Monday with a general trend beginning Tuesday,” the National Weather Service (NWS) said in a statement.

The agency warned that travel by road was still “dangerous” due to snow in some areas, but predicted conditions would improve within a few days.

Restoration work continues after the effects of the snow and storm winds. Some 100,000 users are still in the dark, mainly in the states of Maine and New York, according to tracking by the Power Outage Portal.

During the passage of Elliott, a storm caused by an arctic air front, approximately 1.7 million users lost power, including homes and businesses.

More than 200 million Americans, about 60% of the population, face some type of winter weather watch or warning, with temperatures falling dramatically below normal from the Rocky Mountains east to the Appalachians.

New York City recorded a low of minus 10.5 degrees Celsius on Christmas Day, a temperature not seen since 1872. Washington, the US capital, was minus 10 °C, the coldest Christmas since 1983; And the thermometer dipped below zero degrees in Tampa, Florida, something that hadn’t happened since 1966.