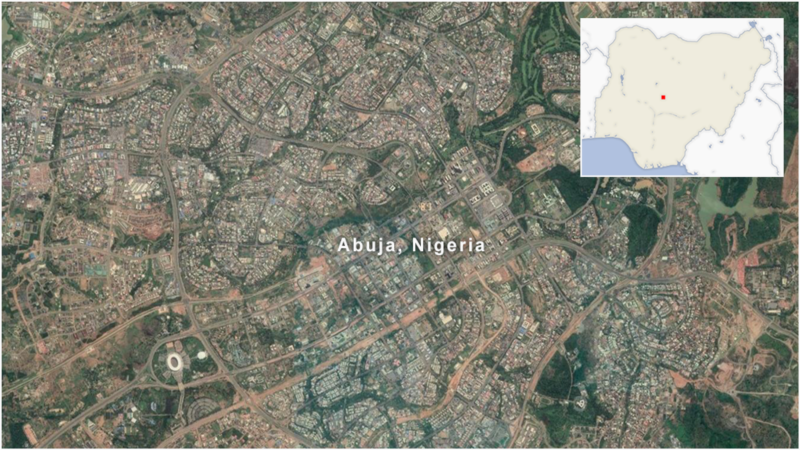 Nigerian authorities say they have launched a search for 17 people abducted on Tuesday in the capital, Abuja, by gunmen disguised as police. Nigeria has seen a wave of mass kidnappings for ransom in the country’s north, but the uncertainty rarely reaches the capital.

The Abuja police order made the announcement on Twitter on Tuesday in response to a viral tweet by one of the kidnappers, Ameerah Sufyan.

Authorities said an investigation was underway and asked citizens with useful intelligence on the matter to come forward. Police also asked residents to be calm and patient.

Sufyan made a post on Twitter on Tuesday afternoon and called for help after she said she and 16 others, including three pregnant women, were abducted from their homes in Abuja in broad daylight by six men disguised as police officers.

Their kidnappers were apparently unaware that she was using her phone. She updated the location on Tuesday at intervals.

Yusuf Mariam, a spokesman for the Abuja Police Commissioner, said: “We are doing our best; we are on it, ”when asked for an update on the issue.

Sahabi Sufyan is Ameerah Sufyan’s brother. He says his sister sent him a message about her situation.

“Yesterday at about 13:17 she sent me a message, a kind of personal message that I would not share,” Sufyan said. “She was picked up with a firearm, then they went over other people’s houses and took them too. They did not know her phone was with her. She told the younger sister she heard a knock on the gate and wanted to find out who, so she went and never came back. ”

In recent months, Nigeria has seen a wave of violence, including killings and kidnappings for ransom in several regions. The attacks are usually carried out by local armed gangs, but the capital was relatively peaceful.

Issues of attacks or mass abductions are not common here. Last month, the governor of Kaduna state near Abuja, Nasir El-Rufai, warned that the threats in the state could spread to other places like Abuja.

Security experts have also warned that Abuja could be targeted if left unaddressed.

“This morning she sent another message to her WhatsApp contacts; “It’s like a farewell message to her parents that they should forgive her, but she took that opportunity to code information about their whereabouts and where they are going and the color of the pickup,” said Ya’u Deba.

Gunmen detonated explosives on June 5, shooting at worshipers in southwestern Ondo state, killing 40 people. Authorities blame the attack on the group known as the Islamic State of West Africa Province, or ISWAP.

On Saturday, gangs that attacked an Abuja-Kaduna train and abducted dozens of passengers released 11 of them.