No entry to e-rickshaws on route 11 of the state capital, find out the reason behind banning them 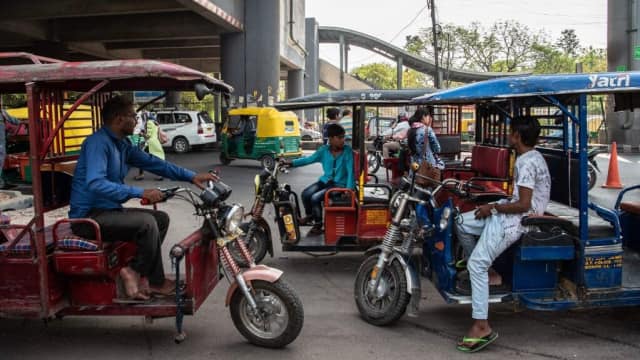 If you are in Lucknow, the capital of Uttar Pradesh and are planning to go somewhere by e-rickshaw, then you may have to change the plan. In fact, it has been decided to ban e-rickshaws on some routes for easy and jam free traffic in Lucknow. According to the notification issued by DK Thakur, Commissioner of Police, Lucknow Commissionerate, e-rickshaw driving and parking on 11 routes of Lucknow has been completely banned from May 12. It has been said that this order should be strictly followed. According to him, this order has been issued for easy and jam free travel.

E-rickshaws were banned from coming and going on these routes in Lucknow
1. From Hazratganj Square to Warlington Square via Royal Hotel

2. From Hazratganj Crossroads to Bandariabagh Crossroads

10. From Badshah Nagar Crossroads to Lekhraj, Bhootnath to Polytechnic Crossroads

11. From Amausi turn to Munshipulia crossroads

Also read – from Alto to Swift, WagonR; 20% down payment then what will be the EMI of Maruti cars; Understand math

Yogi Adityanath had also expressed concern
Yogi Adityanath, the CM of UP, had expressed concern over road accidents a day ago. He said that accidents occur on highways and expressways due to overspeed. In such cases, improvement of black spot, speed measurement, quick medical facility, CCTV etc. should be further improved. Two-wheeler drivers account for the highest 33.4% of road accidents. 38.4% of accidents are due to overspeed, 9.2% are due to use of mobile while driving and 6.6% are due to intoxication.

Read Also:  Volkswagen T-ROC has become more expensive, the second batch will soon enter the showroom to learn about the new price

No. 20 Illinois beats No. 24 Iowa for share of Big Ten title