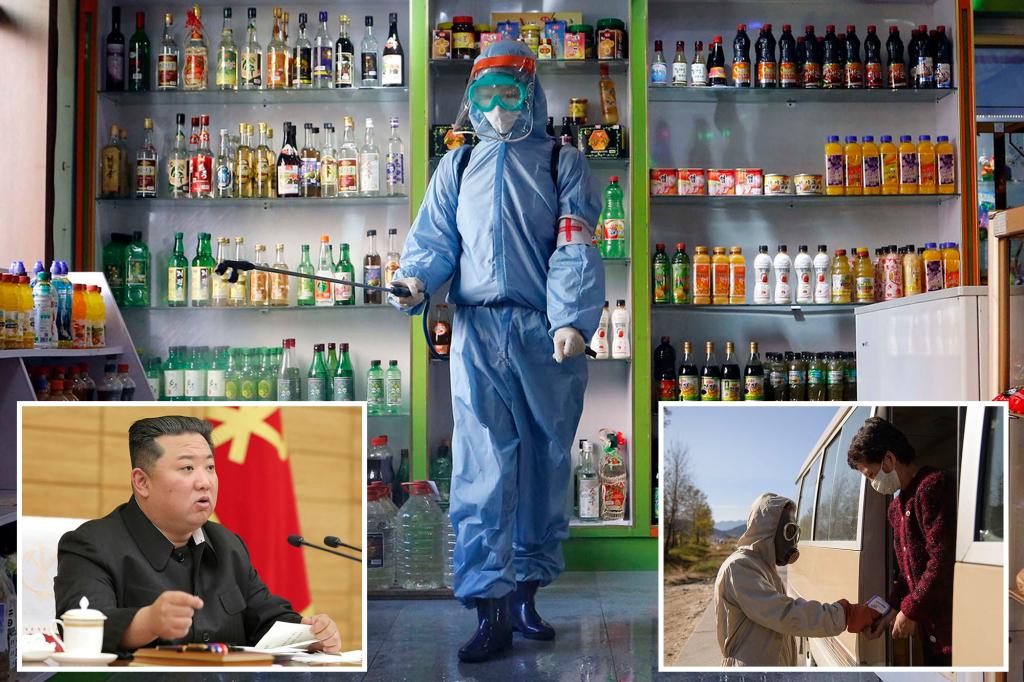 North Korea says it has experienced an explosive surge in COVID cases and deaths​ over the past several days, with dictator Kim Jong Un blasting officials for a slow response to the outbreak and ordering the military to take over the distribution of pandemic medicine in the capital.

Health officials in the Hermit Kingdom said Monday that eight more people had died and nearly 400,000 were found to have coronavirus symptoms – up from the six dead and 350,000 reported infected last Friday, when North Korea said an unspecified number of people in Pyongyang had tested positive for the omicron variant.

At an politburo meeting on Sunday, Kim said the increase in cases was causing “great upheaval” in the country and issued an emergency order to the “powerful forces” of the military to stabilize the treatment supply in Pyongyang and to keep pharmacies open 24 hours a day, according to North Korean propaganda outlets.​

But some experts fear that the true scale of the outbreak is much larger than what state-run media is reporting due to North Korea’s lack of vaccine supply, test kits and medicine.

“When people die, North Korean authorities will say they’ve died of overwork or from natural deaths, not because of COVID-19,”​—Nam Sung-wook, a professor at Korea University in Seoul, told the Associated Press​ .

Nam added that it’s likely that North Korea is downplaying the number of deaths to protect what he called “the dignity of its supreme leader.”

South Korea and China have said they would send vaccines, medical personnel and supplies to North Korea if the regime is willing to accept them.

North Korea previously rejected an offer of millions of vaccine doses from the UN-backed COVAX distribution system, with Kim claiming measures the country had previously placed it COVID-free.

But experts say it might be too late to inoculate North Korea’s 26 million people, suggesting that efforts be focused on trying to protect the country’s most vulnerable citizens – namely, the elderly and those with preexisting conditions.

So far, North Korea is believed to be responding to the dramatic rise in cases by isolating people with symptoms at shelters.

State media reported on Sunday that more than 564,000 people were quarantined.