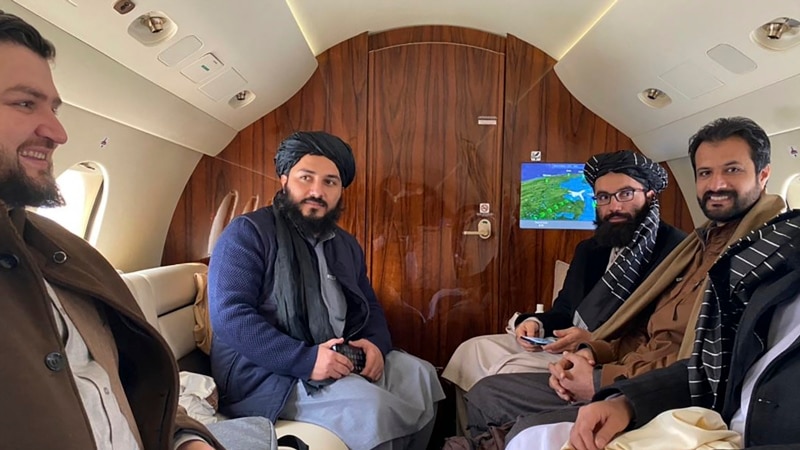 Norwegian Prime Minister Jonas Gehr Storey has described talks held this week between the Taliban and Afghan civil society activists as well as Western diplomats about the humanitarian crisis in Afghanistan as “serious” and “genuine”.

The three-day talks concluded on Tuesday, amid protests and criticism, particularly from Afghan rights groups, over Norway’s decision to host the Islamist Taliban, which seized power in Afghanistan last August.

Gahr Stoere told reporters in New York that the meetings did not equate to the legitimizing the radical group’s government in Kabul. He said it was the “first step” in dealing with genuine Afghan officials to prevent a humanitarian disaster in that country.

Norway’s prime minister said, “This is not an act of recognition. It is the only framework to address them … giving a clear message to the Taliban and listing (international) expectations and whatever they have in the form of messages.” Have to listen to him.” “So it is, I believe, a measure that makes it possible to hold those in power in Afghanistan accountable.”

The closed-door meeting at a hotel outside Oslo covered a range of issues, including education for Afghan women, humanitarian aid and greater inclusivity in the caretaker government set up by the Taliban. Nation.

No country has yet recognized the Taliban regime.

Gehr Storey acknowledged that hosting the Islamic group was a challenging step for his government.

“It’s also something that’s troubling for many people, including me, but the option – to leave Afghanistan – puts 1 million children at risk of starvation, half the population in need of aid, 90% in fact.” I am out of any reasonable job it is not an option,” he insisted.

“We made it clear that we want to see girls back in school in March, that too, girls above 12. We want to see humanitarian access uninterrupted,” Storey said without sharing more details.

Speaking to reporters on Monday, Muttaki said his team’s meetings with Afghan and Western envoys were successful.

“Norway giving us this opportunity is an achievement in itself because we have shared the stage with the world,” Muttaki said. “These meetings are sure to give us support for Afghanistan’s humanitarian, health and education sectors,” he said.

The Taliban regained power after the fall of the Western-backed government in mid-August. The remaining US-led foreign forces withdrew from the country at the end of that month, ending a 20-year occupation.

The change of power immediately halted international aid to aid-dependent Afghanistan, and the US blocked access to the Taliban’s nearly $9.5 billion in foreign assets – in addition to imposing financial sanctions on Kabul – largely from the US Federal Reserve. In.

International donors have urged the Taliban to form an inclusive government and respect human rights, especially those of women, as a condition for releasing more aid, which the group has not done.

The EU’s special envoy to Afghanistan, Tomas Niklasson, tweeted after his meeting with Muttaki’s delegation that he “underlined the need for access to primary and secondary schools for boys and girls across the country when the school year begins in March.” did.” The new Afghan education year begins in mid-March.

While the Taliban allowed boys to resume classes in September, most secondary schools for girls remained closed across the country, and most female government employees were not allowed to resume their jobs.

The punitive actions have plunged the fragile Afghan economy into an unprecedented crisis, deepening an already crippling humanitarian crisis in the country. The United Nations says it needs $5 billion this year to cover an estimated 24 million people facing acute food insecurity, of whom 9 million are at risk of famine.

The United Nations Security Council session on the situation in Afghanistan is scheduled to take place on Wednesday. The Prime Minister of Norway will also preside over it.

UN Secretary-General Antonio Guterres, his Special Representative for Afghanistan, Deborah Leone and the Foreign Minister of Norway will brief the Council.

Margaret Beshir contributed to this report.