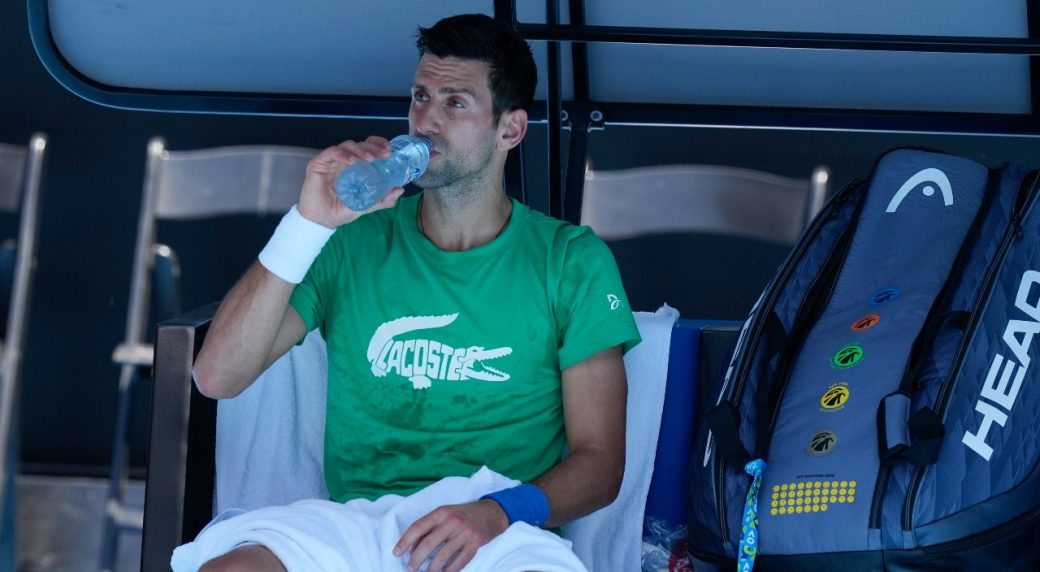 Novak Djokovic is set to face fellow Serbian Miomir Kekmanovic in the first round of the Australian Open after a draw on Thursday left the country’s top-ranked tennis player’s future in jeopardy.

Novak Djokovic is in the Australian Open men’s draw as the No. 1 seed and will face Serbian compatriot Miomir Kekmanovic in the first round.

The draw was delayed 75 minutes after it spread that Australian Prime Minister Scott Morrison would hold a press conference. But Morrison barely talked about Djokovic in the COVID-19 update, with his brief remarks when he said the matter was in the hands of Australia’s immigration minister, Alex Hawke.

PM Scott Morrison: “I will refer to Mr. Hawke’s most recent statement – that position has not changed. These are personal ministerial powers exercised by Minister Hawke and I do not propose to make any further comment at this time.”

Djokovic, who has not been vaccinated against COVID-19, had his visa revoked upon arrival in Melbourne last week after his vaccination waiver was questioned. But the 20-time Grand Slam champion won a legal battle on procedural grounds that allowed him to stay in the country and the world’s top-ranked player practiced at the Australian Open site on Tuesday.

However, the court’s decision did not guarantee that he could remain in the country. Hawke has the option of deporting Djokovic if it is considered in the public interest for health and safety reasons.

Meanwhile, Montreal’s No. 9 Felix Auger-Aliassim will face Finland’s Emil Rusuvuori in the first round of the Australian Open. 14 seed Denis Shapovalov of Richmond Hill of Ontario will take on Serbia’s Laslo Jere.

In the women’s draw, Q. Key Laval’s 23rd seed Leyla Fernandez got a matchup with Australian wild card Madison Inglis in the first round.

Vancouver’s Rebecca Marino has reached the final round of qualifying on Friday.

The main draw is to begin on Monday.