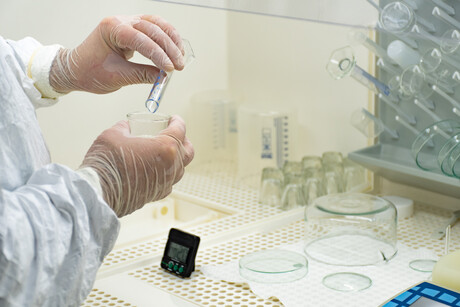 A probable case of monkeypox has been identified in a traveler recently returned from Europe, according to NSW Health.

After developing a mild illness several days after returning to Sydney, a man in his 40s presented to his GP with symptoms that were clinically compatible with monkeypox. Urgent testing identified a probable case of monkeypox, with confirmatory testing underway.

The man and a household contact are isolating at home, with care and support being provided by their GP and NSW Health.

Cases of monkeypox have been identified in several non-endemic countries in recent weeks, including several European countries and the United States.

NSW Chief Health Officer Dr Kerry Chant said, “NSW Health has issued a clinician alert to GPs and hospitals across the state and has also been in contact with sexual health services to increase awareness of the cases identified overseas and to provide advice on diagnosis and referral . We will be speaking with GPs about this issue again today.”

Read Also:  Even partially vaccinated individuals hospitalized with COVID-19 may be at lower risk of ICU admission, death

Dr Chant said monkeypox is a rare viral infection that does not spread easily between people and is usually associated with travel to Central or West Africa, where it is endemic.

“Cases are occasionally reported in non-endemic countries in returning travelers or their close contacts, or in owners of imported pets. People can contract monkeypox through very close contact with people who are infected with the virus,” Dr Chant said.

“The infection is usually a mild illness and most people recover within a few weeks.”

According to the World Health Organization (WHO), Monkeypox can be transmitted by droplet exposure via exhaled large droplets and by contact with infected skin lesions or contaminated materials.

The incubation period of monkeypox is usually from 6 to 13 days but can range from 5 to 21 days, said the WHO in a statement.

Read Also:  Exploring changes in non-COVID-19 hospitalization rates before and during COVID-19

“The disease is often self-limiting with symptoms usually resolving spontaneously within 14 to 21 days. Symptoms can be mild or severe and lesions can be very itchy or painful. The animal reservoir remains unknown, although is likely to be among rodents. Contact with live and dead animals through hunting and consumption of wild game or bush meat are known risk factors.”

Good news! Royal Enfield Himalayan and Meteor may be cheaper, the company removed their special feature