NWS predicting near ‘normal’ transition from winter to spring 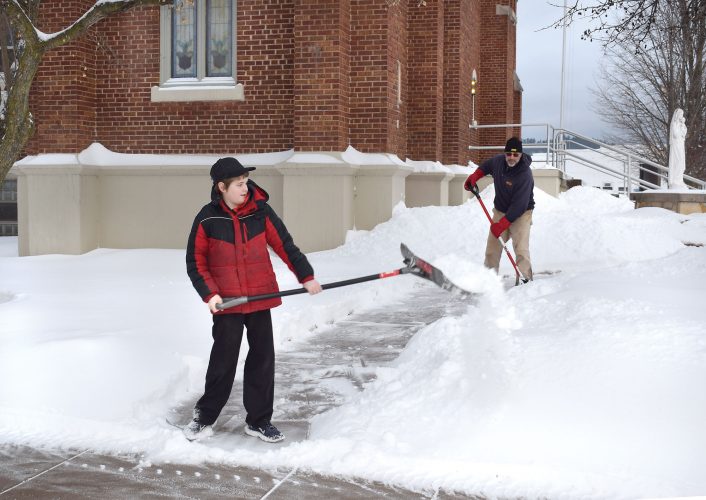 IRON MOUNTAIN — The National Weather Service predicts a fairly normal transition from winter to spring, calling for average temperatures and an elevated chance of above-normal precipitation.

The Upper Peninsula has about a 40% chance of above-average precipitation from now through the end of April and a 25% chance of below-average, according to the Climate Prediction Center.

The Midwest, in general, could see a higher risk of ice jams and flooding after extreme cold in January.

“The up-and-down temperature forecast of melting and refreezing may go on, leading to block-ups and flooding,” AccuWeather meteorologist Paul Pastelok said. A moderate risk of severe thunderstorms is also expected from March through May in northern Wisconsin and the UP, he said.

For the near term, AccuWeather meteorologist Alex Sosnowski predicts a major shift in the jet stream that could bring a large storm to the Midwest late next week.

“A stripe of moderate to heavy snow with difficult travel is likely to extend from near the panhandles of Texas and Oklahoma to portions of Wisconsin and Michigan and perhaps Chicago,” Sosnowski said. In the wake of the storm, the pattern may start to favor more mild days than cold days, reversing the trend from earlier in the winter.

Temperatures in January at Iron Mountain-Kingsford averaged 8.9 degrees, which is about 5 degrees below average. But that was well short of the coldest January in modern times when temperatures averaged 1.4 degrees in 1994.

The lowest temperature last month was 24 degrees below zero on Jan. 21 and Jan. 22, with the Jan. 22 reading a record for that date. Overnight lows for the month averaged 2.3 degrees below zero, which is about 6 degrees colder than the norm.

The highest temperature was 34 degrees Jan. 19.

January snowfall at the Iron Mountain-Kingsford Wastewater Treatment Plant totaled 10.2 inches, about 3 inches below average. Total snowfall for the winter season at the end of January stood at 45.7 inches, about 16 inches below what’s typical for an entire winter.

December 2021 was the third-snowiest on record at Iron Mountain-Kingsford with 29 inches, but soaring temperatures at mid-month had pushed the snow depth down to 11 inches by month’s end. Snow depth at the end of January was 15 inches.

Water-equivalent precipitation for January was reported at 0.73 inches, which is 0.45 inches below the mean.

The US Drafted Monitor shows moderate drought in all Wisconsin counties along the Upper Peninsula border, extending into parts of Delta, Menominee, Dickinson, Iron, Gogebic and Ontonagon counties. There is no drought concern in most of the rest of the Upper Peninsula, except for the far eastern end.

La Nina continues to be the major contributor to the predicted climate state, NWS forecaster Matthew Rosencrans said. La Nina, a periodic cooling of the central Pacific, appears to have peaked, but its effects on weather patterns can linger.