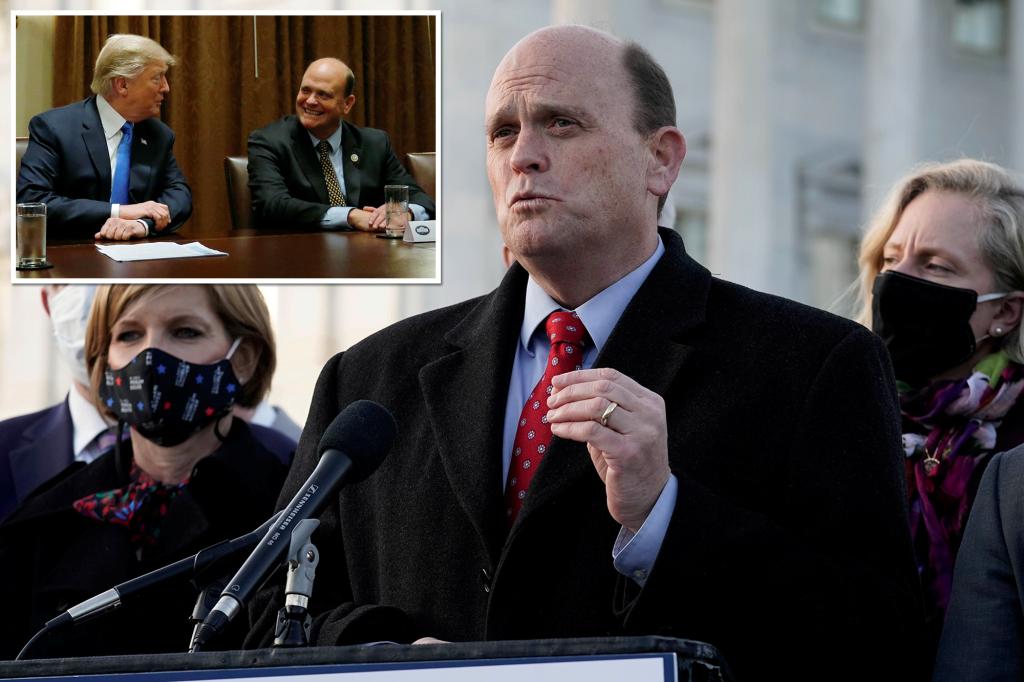 Upstate Republican Rep. Tom Reed resigned from Congress Tuesday, just over one year after he apologized following a female lobbyist in 2017.

Reed had already announced that he would not seek reelection in the fall, but revealed Tuesday that he was moving up his departure date by seven months.

“After almost 12 years in Congress, today is my last day,” Reed, 50, announced on the House floor.

“It has been an honor to serve with you all from both parties,” he added. “I love this institution, as it still exemplifies what is best about our government. We are the People’s House.

“While I am proud that we put people before politics, there is much more to do,” Reed went on. “I am leaving to continue that work and hope to have a greater impact on our country.”

Reed’s office confirmed to reporters that he would join the DC-based government affairs and public relations firm Prime Policy Group.

The lawmaker went on to cite Abraham Lincoln’s 1858 remark that “a house divided against itself cannot stand,” a warning Reed said was made more urgent by what he called the “current focus on extremism.”

“But I add — a house united will not fail. It is time for petty political posting to end,” Reed said. “Leadership must emerge, and in God I trust. His divine protection will extend again if only we acknowledge and accept His love and the divine spark that exists in each of us as citizens of our great nation.”

In concluding, Reed thanked the voters of New York’s 23rd Congressional District for “giving a country lawyer, the youngest of twelve, raised by a single mother, whose father passed away when I was just two years old, the honor of representing you at the highest level. Only in America can such a dream come true.

“So, I humbly bid farewell and submit my resignation as a Member of the House, and I wish you all Godspeed!”

In March 2021, Reed apologized to Nicolette Davis – who claimed to the Washington Post that the Republican made unwanted sexual advances towards her at a Minneapolis bar four years prior.

“Simply put, my behavior caused her pain, showed her disrespect and was unprofessional. I was wrong, I am sorry, and I take full responsibility,” he said in a statement.

Reed joins 18 other House Republicans who have chosen not to contest their seats in this year’s midterm elections later this year. On the Democratic side, 32 House members are not seeking reelection.

Early polling has given the GOP the edge over Democrats headed into the election, with Reed’s seat expected to stay in Republican hands.

In 2020, Reed won a sixth term with 57.7% of the vote, outperforming former President Donald Trump’s total in the district.

Boris Johnson government. Apologizes to Queen for party ahead of Prince Philip’s funeral