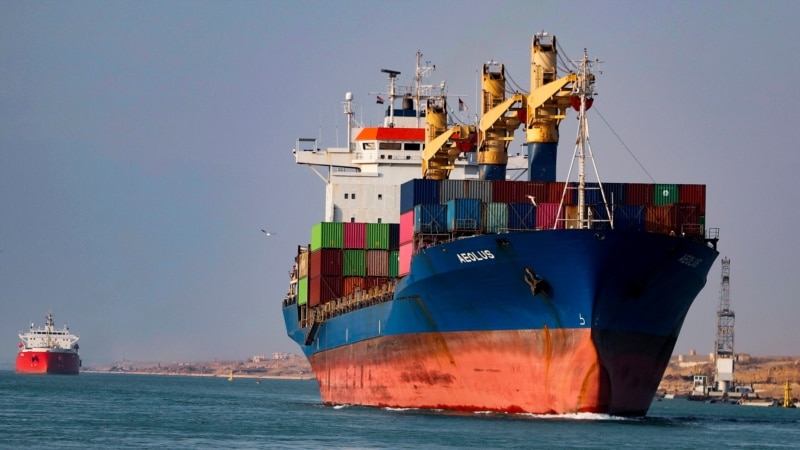 The head of Egypt’s Suez Canal Authority says the canal received a record high revenue of more than $620 million during April. Analysts say this is partly due to the Persian Gulf countries sending more oil and gas to Europe, as the Russia-Ukraine conflict reduces exports from those two countries.

Egypt’s Suez Canal Authority reported record revenue of $629 million for April 2022, with 1,929 ships passing through the canal, representing a 6.3% increase in traffic over April of last year.

The head of the canal authority, Osama Rabih, told Egyptian TV on Tuesday that the Russia-Ukraine conflict weighed on the canal’s revenue in April, but that “the positive effects were more powerful than the negative.”

He says he knew the Russo-Ukraine conflict would have both positive and negative impacts on Suez Canal revenues after the conflict began, but fortunately the positive outweighed the negative and resulted in oil and gas shipments from the Gulf to Europe. developed. Reduced traffic from Russia and Ukraine through the canal.

Egyptian political sociologist Said Sadek told VOA that the Ukraine conflict apparently “had an impact on the gas supply passing through the Suez Canal[as]Europe attempted to rid itself of Russian gas and the Gulf states – notably Qatar). – started pumping more liquefied natural gas (LNG) through tankers crossing the canal.”

Sadek also points out that with rising tensions around the world and rising food, fuel and insurance prices, “it was natural that the Suez Canal charges would also rise.” The Suez Canal Authority has increased rates year-on-year from 2021.

Washington-based Middle East analyst Paul Sullivan noted that oil and gas traffic from the Gulf will become increasingly important as the conflict continues and Europe needs to diversify its oil and gas sources.

“As the situation in Europe continues, what I would expect is that more LNG traffic will be passing through the (Suez) canal to even more distant areas, as there is a debate going on in Europe about cutting off gas (from Russia). Totally, and the Russians are constantly threatening to do that, and the oil coming in from the Gulf and elsewhere is obviously going to be increasingly important as well,” he said.

Sullivan adds that Saudi Arabia and the United Arab Emirates both have excess pumping capacity, and thinks it’s likely they will “pump more oil as the market moves forward because of the Russia-Ukraine conflict.” They believe that Saudi Arabia is now halting production growth for commercial reasons rather than political ones, as some analysts suggest.

Khattar Abu Diab, who teaches political science at the University of Paris, tells VOA that the Russia-Ukraine conflict has “contributed to increased oil and gas flows to Europe through the Suez Canal, but also to the spread of COVID-19.” The gradual end of the crisis is also reviving many supply lines around the world, as well as increasing container traffic through the canal.”

Abu Diab also points out that the US “has been successful in persuading countries such as Qatar and Australia to increase gas production in the direction of Europe and away from Asia,” adding further Suez Canal traffic.