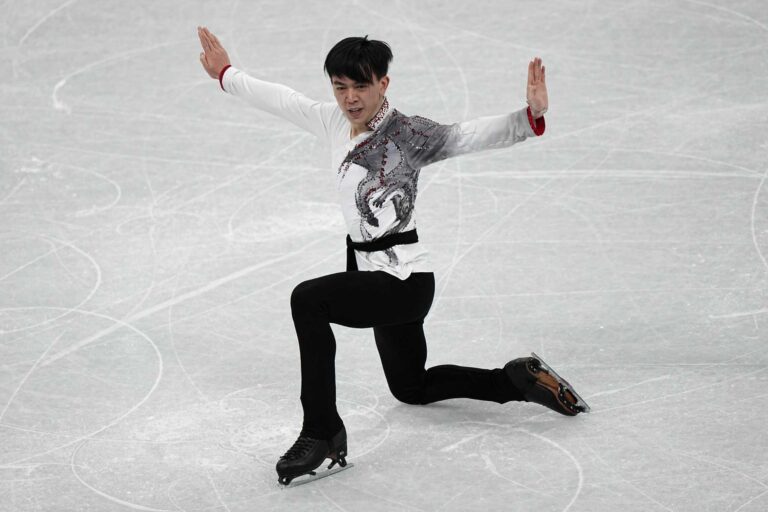 Olympic organizers say they had a call with athletes Sunday to discuss living conditions at isolation hotels.

“We know that that’s not easy for anyone in that situation, but particularly an athlete who’s gone through the journey to get here,” said Kit McConnell, sports director for the International Olympics Committee.

Organizers were not able to immediately say how many athletes are currently in the isolation hotels because they tested positive, but said the numbers have been coming down.

Everyone inside the Olympic bubble is required to take COVID-19 tests. Those who are confirmed positive must go to an isolation facility until they’re cleared for discharge, either through negative tests or a review by a panel of medical experts.

The call with athletes came after complaints about inadequate food, small and unclean rooms, and a lack of access to training equipment. Over the weekend, organizers said they were addressing the issues and that athletes in isolation would be able to order food from the Olympic Village and have it delivered to their rooms.

As of Monday, organizers say 387 people inside the Olympic bubble have tested positive. The figure includes news media and team officials, not just athletes.

Beat Feuz of Switzerland is in first place in the Olympic men’s downhill and is on the brink of capturing gold with only lower-ranked skiers remaining.

The 41-year-old Johan Clarey of France was 0.10 seconds behind in second and two-time Olympic champion Matthias Mayer of Austria was 0.16 behind in third.

A victory would give Feuz the one thing lacking from a career filled with accomplishments. He won a silver medal in super-G and bronze in downhill at the 2018 Olympics and is the four-time reigning World Cup downhill champion.

The 5-foot-8 (1.72-meter) Feuz is second in this season’s downhill standings.

Players for Canada and the Russian team are wearing masks upon returning to the ice for their women’s hockey preliminary round game at the Beijing Olympics.

The reason behind the delay is unclear, though this is the first game of the Beijing Olympics hockey tournament in which players were required to wear facemasks.

Eileen Gu’s goal of three Olympic medals nearly blew off in the wind.

The American-born freestyle skier who spurned Team USA for China ahead of the Beijing Games risked missing the finals in women’s big air when she lost a ski on her second run and crashed into do-or-die position entering Round 3.

Gu scaled back her plans in the final round and landed a conservative right-side 900.

Gu said the wind changed direction between her first and second runs. Because she was the fifth of 25 skiers down the jump at Big Air Shougang, she didn’t notice the shift until she was mid-air.

She gathered herself for a clean third run and finished fifth, easily into the 12-skier finals.

The start of a preliminary round women’s hockey game between Canada and the Russian team at the Beijing Games has been delayed for at least an hour. Officials have not said why.

The game Wukesong Sports Center was originally scheduled for 12:10 pm Beijing time. It won’t start until at least an hour later. The game was delayed initially when the Canadian team stayed in its locker room after taking part in the pre-game warmup.

That left the Russian team sitting on its bench for about 20 minutes before players took the ice to stay fresh.

The Russian team eventually left the bench and returned to its locker room.

American figure skater Vincent Zhou has tested positive as part of regular COVID-19 screening at the Beijing Olympics, one day after struggling through a poor free skate for the eventual team silver medalists.

Zhou is undergoing additional testing Monday to confirm his status. If the results are negative, he will be allowed to compete in the individual competition, which begins with the men’s short program on Tuesday.

The high-flying but wildly inconsistent 21-year-old Zhou arrived in Beijing with high hopes of contending for a medal. He finished sixth in the men’s program at the Pyeongchang Games, but his second-place finish at the NHK Trophy and victory at Skate American in his two Grand Prix assignments gave him hopes of earning a medal.

He’ll get at least one as part of the team silver medalists. He’ll await another COVID-19 test to see if he can earn another.

Kamila Valieva became the first woman to land a quad in the Olympics — two of them, in fact — and her historic free skate put a stamp on Russia’s dominant run to the gold medal in the team figure skating event at the Beijing Games on Monday.

The 15-year-old Valieva opened with a huge quad salchow and followed with the difficult triple axel before landing another quad, this time a toe loop in combination with a triple toe loop. The only blemish on her program came when she fell on her quad toe loop late in the program, but by that point her first gold medal in Beijing was assured.

Valieva scored 178.92 points, giving Russia 74 points and their second gold medal in three editions of the team event. The US took the silver medal after back-to-back bronze, while Japan won its first team medal with bronze.

German skier Dominik Schwaiger has been taken away in a toboggan after falling during the men’s downhill at the Beijing Olympics.

He was the second starter and his fall caused a delay in the race.

Schwaiger lost control and fell on his back, then slid down the mountain and grazed the safety nets. He was holding his left arm in apparent pain once he stopped.

The race was postponed from Sunday because of strong winds.

The American ice dance team of Madison Chock and Evan Bates delivered the best free skate of their career during the team competition at the Beijing Games, almost assuring Team USA of its first silver medal in the event.

Russia continues to lead the Americans by a wide margin with only the women’s free skate left, but Chock and Bates were able to edge their world champions, Victoria Sinitsina and Nikita Katsalapov, with a score of 129.07 points.

The Russian duo was next with 128.17 while Japan, which was tied with the Americans after the pairs competition, were last among the five ice dance teams. That left the Americans six points behind Russia with 58 but, more importantly, four ahead of the Japanese team entering the final discipline.

Peng briefly disappeared from public view in November after she accused a Chinese official of sexual assault on her verified Weibo social media. The post was swiftly removed.

Peng told a French newspaper in an interview published Monday that international concern over her well-being is based on “an enormous misunderstanding.” She denied having accused the Chinese official of sexual assault.

L’Equipe, which specializes in sports news, published the interview Monday. The publication said it spoke to the tennis player a day earlier in a Beijing hotel in an hour-long interview organized through China’s Olympic committee.

The newspaper said it had to submit questions in advance and that a Chinese Olympic committee official sat in on the discussion and translated her comments from Chinese.

The Russians have solidified their hold on the team figure skating gold medal, despite an unexpected fall by their pairs duo of Anastasia Mishina and Aleksander Galliamov, with two disciplines remaining at Capital Indoor Arena.

Mishina and Galliamov’s score of 145.20 points gave their team the maximum 10 points, while a disappointing program by the American duo of Alexa Knierim and Brandon Frazier left a dead heat for the silver medal.

Knierim did a single toe loop instead of the planned double during their opening combination, then put her hand down on a triple salchow and stepped out on their throw triple flip. That was enough to give the Americans just six points, while Japan got a strong program from Riku Miura and Ryuichi Kihara to pull even with Team USA in second place.

Up later Monday are the free dance, followed by the concluding women’s free skate.

NBC primetime Olympics host Mike Tirico will have a shorter stay in Beijing than originally planned.

Tirico’s final show from Beijing will be Monday night. He will fly from China to NBC Sports headquarters in Stamford, Connecticut, to host on Wednesday and Thursday before heading to Los Angeles Friday to anchor Olympics and Super Bowl coverage through Sunday.

Tirico will then head back to Stamford for the final week of Olympics coverage. The Games end on Feb. 20.

Maria Taylor, who signed with NBC on the eve of last July’s Tokyo Olympics, will host Tuesday night’s show while Tirico is flying back.

Tirico was originally slated to stay in Beijing through Thursday before going to Los Angeles. NBC officials though have reiterated that Tirico’s schedule was subject to change based on COVID-19 and other factors.

NBC said in January that it would not send its announcers and most hosts to the Beijing Olympics due to continued concerns about rising COVID-19 cases worldwide and China’s strict policy about those who test positive.

Defending Olympic champion Mikaela Shiffrin has missed a gate early in the first run of the giant slalom at the Beijing Games on Monday and has been disqualified from the event.

Coming around a left-turn gate, she lost control, slid and fell on her side.

She arrived in China as one of the most-watched athletes in any sport at the Winter Olympics, a superstar who has dominated ski racing for long stretches in recent years. She has said she hoped to enter all five individual events at Yanqing Alpine Skiing Center.

Her next race is the slalom on Wednesday. Shiffrin won that at age 18 at the 2014 Sochi Games.