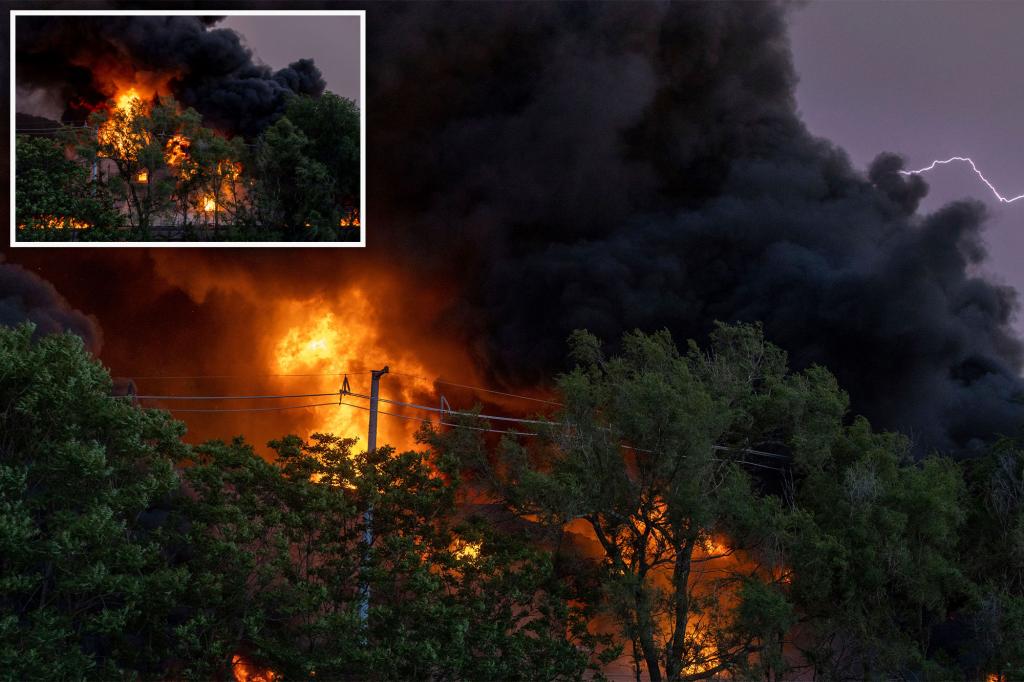 Omaha residents have been asked to evacuate their homes after a massive fire broke out at a chemical company near the city’s downtown area, officials said.

Thick plumes of black smoke were visible for miles over the city, as at least 50 firefighters continued to douse the 3-alarm fire at the Knox Crete facility near 20th Street and Center Street, KETV reports. .

Just before 9 p.m. respondents urged those living between 13th and 20th Streets from Leavenworth Street to Martha Street, having previously been advised to shelter in place. Officials asked those who could not evacuate immediately and asked them to stay in their homes with windows and doors closed.

Read Also:  Naomi Osaka's message of mental health getting through to fans

The fire forced the closure of the city’s 13th Street Little Bohemia district. According to the Omaha Public Power District, as of 9:30 p.m., more than 2,500 customers in the area were without electricity.

No casualties were reported, however, firefighters said they were hoping to work through the night to bring the blaze under control.

Battalion chief Scott Fitzpatrick said the fire department received a call about the fire before 7 p.m. Fire tenders reached the spot and it took a lot of effort to douse the fire.

Firefighters then pulled back after finding that the site contained chemicals and propane. According to KETV, several explosions rocked the area between 7:00 pm and 8:00 pm, as propane tanks hit a part of the building.

Read Also:  Woman finds out the man she thought was her dad killed her real father

Just across the Missouri River in County Bluffs Iowa, emergency officials told residents that the smoke from the fire posed no toxicity risk to residents.

Praying for the expulsion moratorium to expire on Saturday