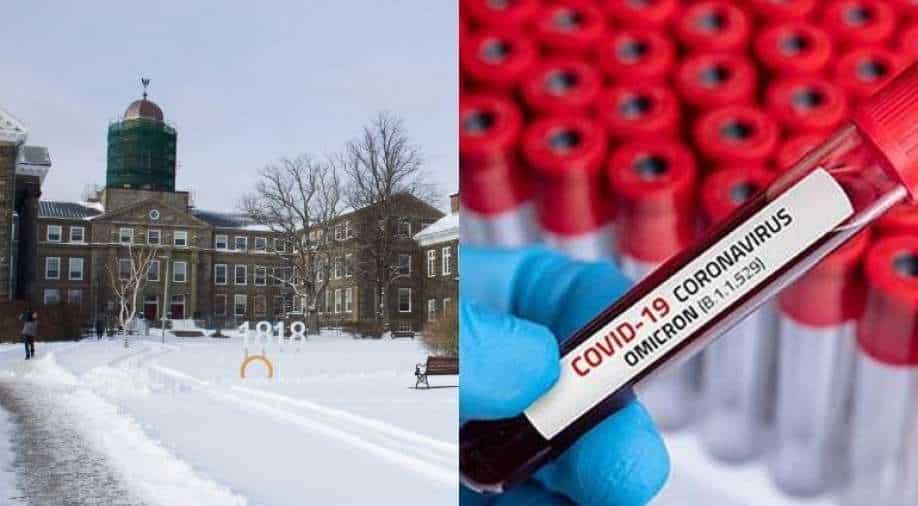 Omicron was found in Nova Scotia wastewater weeks before it was discovered by the province – and even before the novel COVID-19 strain was reported by South Africa, according to new research from Dalhousie University in Canada.

Describing the situation, Professor Graham Gagnon, Director of Dalhousie University’s Center for Water Resource Studies, said that “Our team retrospectively detected omicrons in Nova Scotia wastewater in mid-November and will be able to provide more information in the future.” will be able.”

In late November, the first Omicron case was reported in South Africa.

On 13 December, the first cases were confirmed in Nova Scotia, and they were related to a COVID-19 pandemic at St. Francis Xavier University in Antigonish.

According to the university, the virus survives longer in the gastrointestinal tract than in the respiratory tract, meaning genetic material can be identified in human waste, despite the fact that COVID-19 is a respiratory disease.

Since December 2020, the Dalhousie team has been monitoring wastewater for COVID-19 indicators at four of the Halifax area’s main wastewater treatment plants: Halifax, Dartmouth, Mill Cove, and Eastern Passage as well as five student dormitories on the Dalhousie campus .

“For us, this has been a successful project,” Gagnon said. “It’s a tool that can be used to help with decision making.”

Similar trials are underway in other sections of Canada.

Since Omicron was discovered in the province in December, there has been a nearly 88 percent increase in reported COVID-19 virus levels in wastewater in Saskatchewan.

According to Gagnon, there was a similar surge in Nova Scotia, but he declined to be more accurate until the data was re-examined.