On the verge of returning Wild center Joel Eriksson out again 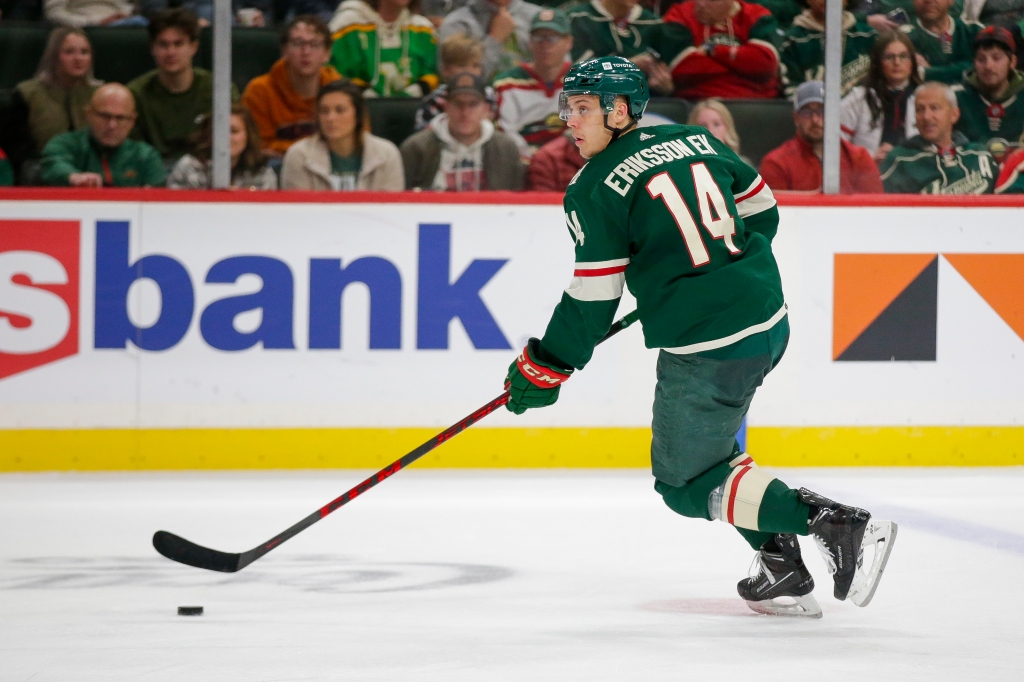 After being out of action for nearly a month with an upper body injury, center Joel Eriksson Ek was set to make a triumphant return to the Wild against Anaheim on Friday night at the Xcel Energy Center.

Those plans were put on hold Thursday when Eriksson Ek tested positive for COVID ahead of an extra morning workout at the TRIA Rink in downtown St. Paul. He definitely won’t play against the Ducks, according to coach Dean Evason, and there’s a chance he’ll miss Monday’s game against the Colorado Avalanche in Denver.

“I’m sure it’s very disappointing for him,” Evason said. “This is disappointing for all of us. He trained very well all week and looked good. His progress was great, and then it happens. But it happened. He will make a full recovery and be ready for work when he is allowed to return.”

Instead of Eriksson Ek, who returned to training this week for the first time since injuring his upper body during a Dec. 20 game in Dallas, the Wild will turn to seasoned center Victor Rusk. He was waived last week and then brought back almost immediately due to injuries.

While the Wild are certainly disappointed that Eriksson Ek will not be in the lineup, they have gotten used to dealing with such difficulties over the past month.

“We’ve been through so much already,” Evason said. “Maybe there used to be a little more frustration with other people. But there’s nothing we can do, right? It’s just like “OK”. Nobody gets angry anymore. It’s just reality.”

The good news for the Wild is that they are still in line for the return of star striker Kirill Kaprizov this weekend. Also returning are wingers Jordan Greenway and Brandon Duheim, who missed the last couple of games while on COVID protocol.

“That’s great, of course,” Evason said. “We had a couple of really good practice days. I think they said we had 14 guys on the ice today (for extra practice) so one more little skate and tomorrow night we play hockey. We are delighted with this.”