on video | Hail damages several cars in Canada: “They looked like bombs” 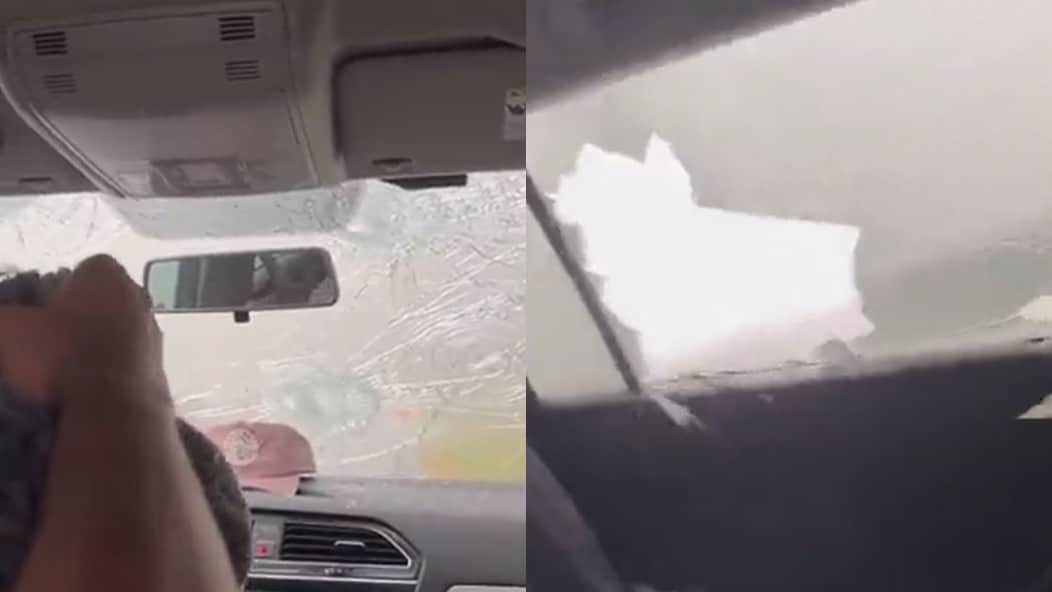 During the afternoon of Monday, August 1, a severe storm in alberta, Canada. Heavy hailstorms started falling in the middle of the rain, affecting and damaging many vehicles.

It has been raining heavily in the Canadian province since the weekend. However, the situation got worse on Monday, when Large hail caused great damage to infrastructure and vehicles,

“From the beginning, it completely changed the sky. Things started moving fast, the sky turned dark. However, what stopped us was a ball of hail that was half the size of my headSaid Gibran Marquez, who was just outside Calgary.

Marquez noted that he was the first to receive a tornado warning as the clouds began to accelerate and darken. from one moment to another, Hail that “looked like a bomb”According to local media.

Marquez, like other citizens, suffered physical damage from the storm, In this sense, he assured that the hail destroyed the windows of his car, starting from the rear of the vehicle.

“In about two minutes, all the windows of the vehicle were gone,” he said. “I’m watching the motion of these balls, and one of them will drive you out or even kill youAs if they came fast”, he limited.

You may also like: Celebration that ended in tragedy: Quincera ended up dancing the waltz and died hours later

“You only hear a growl and a cry every time,” Marquez recalled of the hail fall. “Noise more painful was hearing that he was beatenIt was basically like someone was punching him in the ribs every couple of seconds.”

There are dozens of stories like the Markaz, as many vehicles were hit by the hail. Officials also revealed that it was a record storm as they recovered. 292 g ice cubesThe largest ever found in Canada.

Experts have warned that climate change could result in large hailstorms in Canada. “The number of large events and the average size may increase in the future””, said meteorologist Julian Brimello.