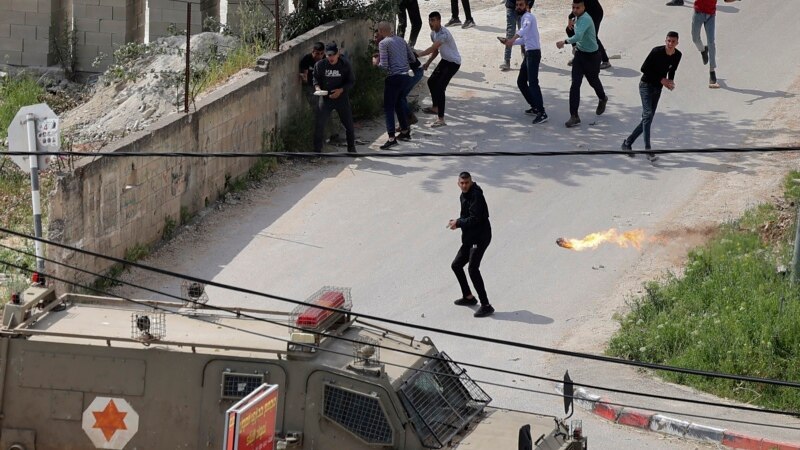 Israeli security forces raided a flashpoint in the West Bank district of Jenin on Saturday, killing one Palestinian and injuring 12 others, after promising that there would be “no limits” to stop escalating violence.

After hours of operation, a Genin gunman opened fire in a popular Tel Aviv nightlife area on Thursday evening, killing three Israelis and injuring more than a dozen others.

“There is no limit to this war and there will not be,” Bennett.

On Saturday, the military said security forces had launched an operation in the city of Jenin, its Palestinian refugee camp and nearby villages in the north of the occupied West Bank.

The Palestinian Health Ministry said at least one Palestinian was killed by Israeli gunfire, while the Red Crescent said 12 others were injured.

Mourners took to the streets carrying the body of a 25-year-old man, identified as Ahmed al-Saadi, on a stretcher covered with the flag of the Gaza Strip-based terrorist group Islamic Jihad.

Palestinian security sources said part of Saturday’s operation was to identify the Tel Aviv attacker’s home before it was torn down.

Rights activists have repeatedly condemned Israel’s policy of destroying the homes of Palestinian attackers as a form of collective punishment, while Israel says it serves as a deterrent.

Read Also:  As 'anguish and terror' grip Ukraine, UN to give $20 million in humanitarian aid

Israeli troops and border police forces were “conducting counter-terrorism activity” in the city of Jenin and its refugee camp when gunmen opened fire “endangering their lives”, the military said in a statement.

In response, the soldiers opened fire “at the armed attackers”, the military said, adding that there were no casualties in the Israeli ranks.

“An M16 assault rifle used by an assailant to attack the troops has been seized,” it said.

An AFP photographer at the scene said the operation ended in the afternoon.

The Jenin refugee camp is a stronghold of armed groups, where three other Palestinians linked to an anti-Israeli attack by the military were killed last week.

In addition to giving security forces a free rein to prevent escalation of violence, Bennett on Friday ordered the closure of the Jalmah checkpoint between the Jenin region and Israel.

Speaking to hundreds of people at the family home in Jenin, he said the Palestinian people were looking for “freedom and independence”.

A total of 14 people have been killed in Israel since March 22, some by attackers linked to or inspired by the Islamic State group.

Read Also:  Artemis mission, live: The launch of NASA's most powerful rocket to the Moon was postponed

In the same period, at least 10 Palestinians, including the attackers, have been killed.

The Palestinian Islamic movement Hamas and the Islamic Jihad group praised the Tel Aviv attack – criticism from the United Nations – but did not claim responsibility.

It came amid heightened tensions during Ramadan, a devastating 11-day conflict between Israel and Hamas that erupted between Israeli forces and Palestinians during last year’s Muslim holy month.

Earlier this month, three Islamic Jihad militants were killed by Israeli security forces after they came under fire during an operation to arrest them in Jenin.

The raid, in which four Israeli soldiers were wounded, follows another deadly attack on March 29 in Bnei Brak, an Orthodox Jewish town near Tel Aviv.