One person dead after Markham shooting 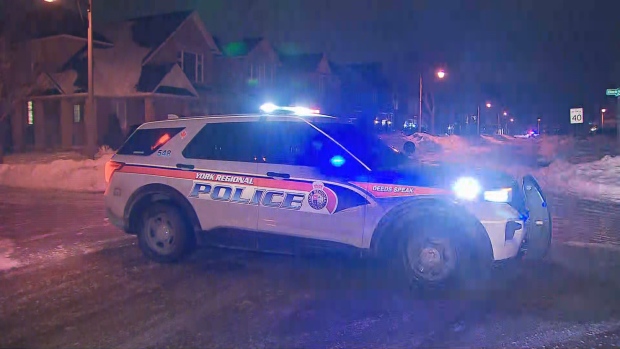 One person has died following a shooting in Markham Tuesday night.

Emergency crews were called to the area of ​​Purple Finch Road and Russell Jarvis Drive – near Markham Road and Highway 407 – at around 6:45 pm for a shooting, York Regional Paramedic Services said.

One person was found at the scene without vital signs. Another person was transported to a local trauma center with unknown injuries, paramedics said.

One person may be in custody at the moment, but their connection to the incident is unclear, police said.

“This is obviously kind of early in and very active and the information is constantly kind of changing and progressing right now,” Const. Laura Nicolle told CP24.

There is currently a heavy police presence in the neighborhood as officers investigate the homicide.

Neighbors in the area told CP24 that they were shocked to see such an incident in their normally quiet area.

“This is the kind of incident that definitely is very shocking and upsetting to the neighborhood. But we do want the citizens to know that obviously, our investigators are out there. We’re going to have officers in that area actively working on this,” Nicolle said.

“The community’s safety is our primary concern here. So we’re going to be ensuring that we find and determine who’s responsible and keep the community safe.”

She urged anyone with surveillance footage or dashcam video to contact investigators.