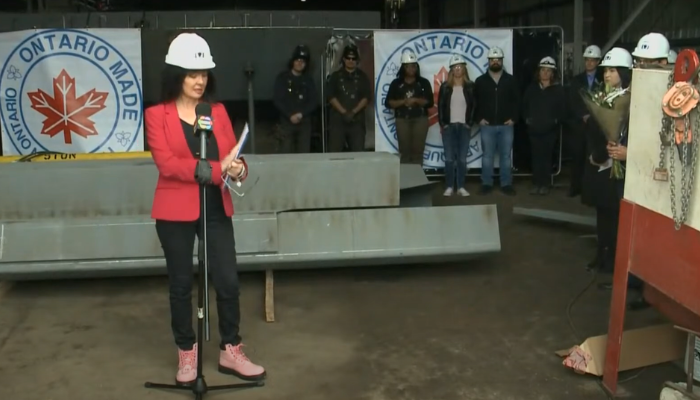 The Government of Ontario has launched the Ontario Shipyard Modernization Project at Heidel Shipyard in Hamilton.

The province announced that it is “investing $8.7 million at Heidel Shipyard to invest in cutting-edge Shipyard 4.0 technology and to train Heidel’s employees in Hamilton, Port Weller and Thunder Bay on state-of-the-art equipment.”

Ontario says the equipment includes 3D scanning, robotic welding, robotic blasting and coating, and virtual and augmented reality training equipment. It added that over 300 headl staff and 20 apprentices would be trained.

“The Ontario Shipyard Modernization Project will revolutionize shipyard operations in Ontario and Canada,” Donna Skelly, MPP for Flamborough-Glanbrook, said in a statement. “It will also be a catalyst for capturing a significant portion of federal shipbuilding contracts in the future.”

The initiative is supported through the Government’s Skill Development Fund. This will be a 12 month long project.

“Our government has a workers-first plan to deliver a stronger Ontario,” Monte McNaughton, Minister of Labor, Training and Skills Development, said in a statement. “As we build today for a better tomorrow, we need all hands on deck. We’re leaving no one behind and we’re getting it done.”

Heidel Shipyard President Sean Padullo said in a statement, “I would like to thank MPP Skelly and Minister McNaughton for investing in our workforce to help Heidel revitalize the shipbuilding industry in Ontario and thousands more for decades to come. – can support paid jobs.” ,