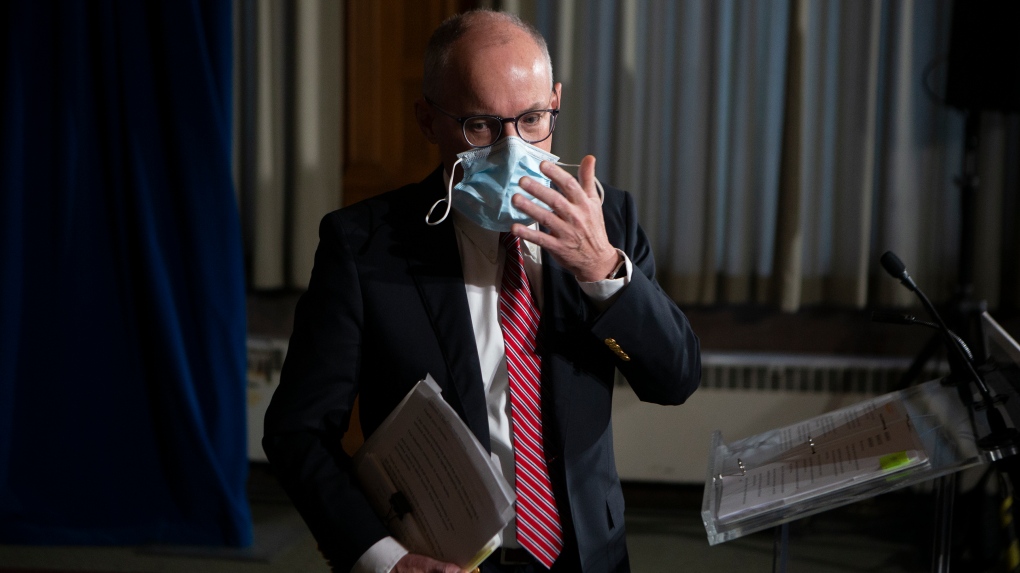 Ontario may soon have to “put some limitations” on PCR testing in order to ensure there are sufficient resources on hand to respond to outbreaks and protect long-term care facilities, the province’s top public health official says.

Chief Medical Officer of Health Dr. Kieran Moore made the comment during a briefing on Tuesday afternoon, as Ontarians continued to report days-long waits to access a PCR test.

Testing turnaround times have also slowed in recent days, as lab resources have been further stretched.

“I think we have had 44,000 of the 70,000 (available) PCR tests used on a daily basis recently. We are not at our full capacity yet but we want to keep some of it for outbreak management and long-term care facilities,” Moore said. “We have to anticipate that as this virus continues to double every few days, which is what it wants to do, that we may have to put some limitations on the PCR and the rapid antigen testing (RAT) and to be able to use RAT testing for diagnostic purposes if we don’t have complete PCR.”

Moore said that the province has likely already reached a point where it needs to save its limited supplies of rapid antigen tests to use on health-care professionals and other essential workers, who might be a close contact of a positive case who would otherwise be required to self-isolate for an extended period.

But he said that Ontario might also have to revaluate how it administers PCR tests as well amid concerns that those who really need one won’t be able to get timely access.

His comments come after officials in Nova Scotia announced that they would narrow the eligibility for PCR testing so that only those who are symptomatic or a close contact of a COVID-19 case and are at increased risk for severe disease or live in a congregate setting qualify .

Others in the province, including symptomatic cases not at increased risk, will be encouraged to take a rapid test.

“I think you’ll hear a further announcement from us in the coming days of how we’ll prioritize the PCR testing which is a limited supply as well,” Moore said on Tuesday. “70,000 (available tests each day). We’re not there yet. But we have to think ahead in the weeks ahead about how we use that limited resource.”

LABS STRUGGLE TO KEEP UP

Ontario’s positivity rate rose from approximately three per cent at the beginning of the month to a recent high of 9.9 per cent over the last 24 hours, something that Moore said is a “clear signal” that we are “under testing” and that COVID- 19 is likely spreading more widely in the community than we realize.

But it is unlikely that Ontario will be able to significantly increase its testing capacity, given staffing constraints in its labs.

Speaking with CP24 earlier in the day, the CEO of the Medical Laboratory Professionals’ Association of Ontario Michelle Hoad said that the pace of PCR testing that is being done in Ontario already is “unsustainable” given some staffing challenges in the sector that have only been exacerbated during the COVID-19 pandemic.

“I think the highest number of tests that we processed I think was last January we hit around the 76,000 mark. We’ve now reached the 51,000 mark,” she said. “At that time, we had a workforce that was about a year in (to the pandemic) and now we’re two plus years in and everyone’s pretty exhausted. So it’s a large surge that’s hard to manage right now.”

Moore said that in addition to potential changes around testing, public health units will also have to prioritize the “highest risk settings” when it comes to case and contact management.”

That means that members of the public will increasingly be expected to notify their own contacts should they test positive for COVID-19.