Organization disappointed by misuse of Title 42 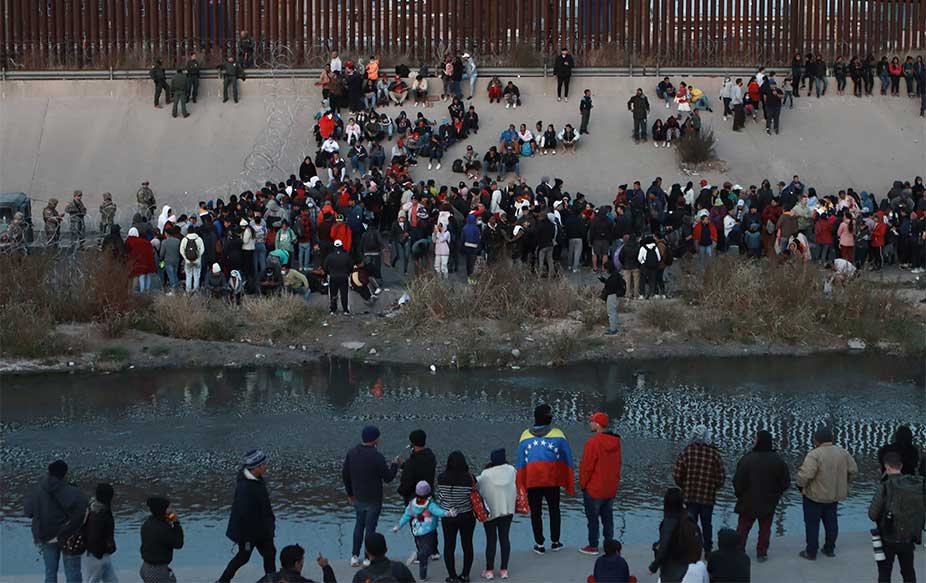 Juarez City.- The abuse of Title 42 has been a public health, border management and human rights nuisance, resulting in more than 13,480 cases of murder, torture, kidnapping, rape and other violent attacks against migrants and asylum seekers. The beginning of the administration of President Joe Biden, condemned the American organization Human Rights First.

The organization, affiliated with a hundred other groups calling for an end to the sanitary measure, said it was “deeply disappointed by the Supreme Court’s decision that allows the failed and inhumane policy of Title 42 removals to continue.” ”

Since March 2020, of the 639,540 irregular migrant crossings detected by the El Paso Sector Border Patrol, 386,621 ended in removal at this border or directly in their country of origin, which equates to 60.45 percent of the cases Title 42 was invoked.

It has also reviewed US government and media data as well as other reports on human rights.

“The time has come to end this illegal, inhuman and ineffective policy and all efforts are being made to continue it. After nearly two years in office, the Biden administration must deliver a more effective and humane response to the reception, identification, and processing of refugees seeking protection in the United States, a response that respects United States immigration and refugee laws. Does United States,” he said in a press release.

Title 42’s health policy was established effective March 21, 2020, by then-President Donald Trump pursuant to Section 265 of the United States Code, which stipulates that due to the existence of Covid-19 in Mexico and Canada, there is a serious There is a danger that COVID-19 will continue to enter the United States.

For nearly two years, the Biden administration has used the Trump administration’s Title 42 policy to block people from applying for asylum at official ports of entry, putting asylum seekers and migrants crossing the border at grave risk from deportation. , And to avoid due process and refugee protection, he said the provisions of the US immigration and asylum law.

“The decision rewards politicians aligned with the previous administration who have been manipulating the courts to perpetuate that administration’s cruel and unproductive anti-immigrant policies. Perpetuation of the Title 42 policy is the United States’ first step toward asylum seekers.” avoids legal obligations and undermines global human rights leadership. The Biden administration must immediately take all legally permitted steps to protect the rights of asylum seekers at our borders and end this policy,” said the Office of Refugee Affairs said senior director Eleanor Acer.