Oscars 2022: Hollywood gears up for its biggest night

Hollywood is gearing up for its biggest night of the year, as the stars get ready to attend the 94th Academy Awards in Los Angeles later. 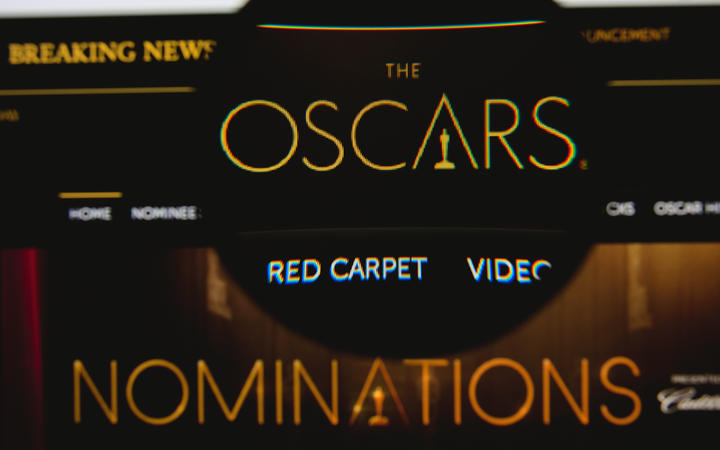 Will Smith, Benedict Cumberbatch, Dame Judi Dench and Troy Kotsur are among the nominees in the acting categories.

Director Jane Campion’s Western The Power of the Dog leads the field with 12 nominations going into the ceremony.

But it faces competition for the top award, best picture, from Apple TV’s Coda and Sir Kenneth Branagh’s Belfast.

Follow the action live on the BBC News website from 23:00 BST on Sunday. Here are some things to look out for.

The battle of the streamers

The frontrunners for best picture are The Power of the Dog, starring Cumberbatch, and the coming-of-age comedy-drama Coda, which focuses on the growing pains of the only hearing member of a deaf family.

To add extra intrigue to the contest, the former is a Netflix film, while the latter was bought and distributed by Apple after premiering at Sundance – with both bidding to become the first streamer to win the top award.

Netflix’s head of global film Scott Stuber told BBC culture editor Katie Razzall this week that a win would be “the dream”.

Looking to disrupt that duel on Sunday will be Sir Kenneth, whose film Belfast is based on his childhood in Northern Ireland at the start of the Troubles.

Will he or won’t he?

Will Smith has never won an Oscar, despite 30 years in the business.

The 53-year-old has come close twice before, being nominated for Ali and The Pursuit of Happyness. This year, he is hot favorite to make it third time lucky for portraying the father of future tennis champions Serena and Venus Williams in King Richard.

He’ll be up against Cumberbatch, Andrew Garfield, Javier Bardem and his “mentor” Denzel Washington.

Smith told People that, at the recent Screen Actors Guild Awards, Washington told him: “This is your year.”

Protests could turn ceremony on its head

Eight of the 23 awards this year will be pre-recorded in a bid to save time (and increase interest) during the telecast, which had record low viewing figures last year.

While the big awards will still be live, some of the so-called “below-the-line” categories – more technical awards like best editing, sound and production design – will have been presented off-air beforehand.

The move has been labeled as “divisive” by some members of the film industry, who have suggested we may see protests take the form of winners accepting their trophies upside down.

“We feel this decision has turned this night on its head and I do think you will see people reflecting that,” Karol Urban, president of the Cinema Audio Society (CAS), told PA Media.

David Rubin, president of the Academy of Motion Picture Arts and Sciences, which organizes the event, told members last month that it had decided to “prioritise the television audience to increase viewer engagement and keep the show vital, kinetic, and relevant”.

Schumer to stand up to the pressure

After three years without a host, a trio of female comic actors – Amy Schumer, Regina Hall and Wanda Sykes – will take the reins this year.

Schumer told former Oscars host Ellen DeGeneres on her chat show that she had no fears about taking on the role. “I am not nervous because I think that’s what stand-up does to you. It goes so bad that you just lose that fear.”

Sykes, meanwhile, said they were not “going to trash anyone” because they want “everyone to have a good time” when the ceremony returns to something approaching normal after the pandemic.

“None of us are mean-spirited,” Sykes told a press conference on Thursday.

Fan favorite film to be revealed

The Academy has introduced a “fan favorite” category this year – a prize decided by public votes on social media and the organisation’s website.

The winning film won’t receive a gold statuette, so it’s more of a bonus category, introduced for younger and more online-skewing audiences.

“It’s not an Oscar and it’s not an award, it’s really just an acknowledgment,” ceremony producer Will Packer told Little Gold Men. “And to me, that’s a good thing. This ceremony doesn’t have to be all awards, bereft of entertainment, just all about the amazing artists and craftspeople. We can do both.”

Spider-Man: No Way Home, Cinderella and Minamata are just three of the popular releases likely to be in the running.

Rachel Zegler has not had long to pick an outfit

The West Side Story star thanked the team at Disney for “some real-life magic” this week after she was belatedly invited to the Oscars.

Zegler, who was in London shooting Disney’s new live action Snow White film, said she was thrilled to be able to fly to Los Angeles after revealing she had not received an invitation.

Following an online backlash from fans and fellow celebrities, she was confirmed as one of a raft of awards presenters on the night – alongside the likes of Bill Murray, Elliot Page and Jennifer Garner.

“I could not be more grateful to everyone who helped make this possible,” she noted. “Seriously. Seriously. Now, what to wear…”

Encanto stars to share stage with Beyonce and Billie

The cast of Disney film Encanto will perform their hit song We Don’t Talk About Bruno at Hollywood’s Dolby Theater.

It will be the first live outing of Lin-Manuel Miranda’s song. The tune isn’t nominated for best song, though – Disney chose to put forward Dos Oruguitas from the film’s soundtrack instead.

That will also be performed at the ceremony, while Beyonce and Billie Eilish will deliver renditions of their nominated songs from King Richard and No Time To Die respectively.