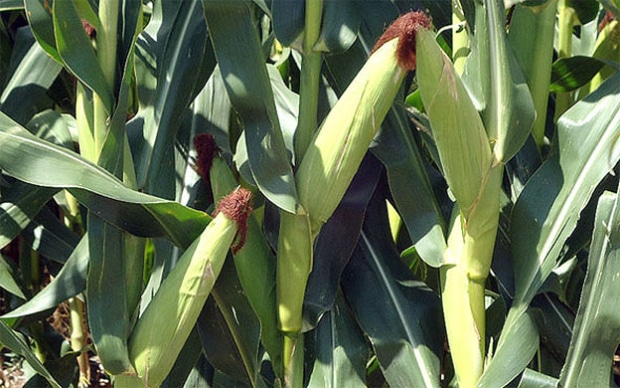 The nation’s Secretary of Agriculture, Livestock and Fisheries, Juan José Bahillo, said in the dialogue, “The proposal has a very significant level of adhesion, with more than four thousand memberships, of which six to seven percent correspond to the producers of the Chaco. ” With Radio Mokovi de Charata.

The proposal, promoted by the Ministry of National Economy, was drawn up with the aim of contributing to “strengthening and helping small and medium-sized producers”.

In September, when what became known as the Soybean Dollar (Export Enhancement Program), “it spawned some income-generating actions to promote small and medium-scale farmers.”

The measure means that producers with up to four hundred hectares planted with soybeans, or one hundred hectares with corn, “receive forty percent of what they invest in fertilizer and seed.” The plan includes areas planted in the previous season. In national state numbers, this means twenty thousand pesos per hectare of reimbursement for corn planters and six thousand five hundred per hectare for soybeans.

“It is a non-refundable contribution that allows the grower to get working capital when they need it most, as the sowing of the coarse crop has been shifted to December due to drought,” said the person in charge Said Entre Rios of agricultural policies.

It must be remembered that the publication date for the compensation offer drawn up by the national government is 12 November, with the scheme being valid for fifteen business days, meaning the deadline for adhesion would be 2 December. The process must be completed through the Efip page, “It is estimated that funds will begin to be transferred directly into the accounts of producers in the next twenty days.”

At this point, with regard to the deposit of non-refundable contributions, the Secretary of Agriculture of the nation admitted that “the implementation of the program was delayed for a couple of weeks due to the fact that the entire circuit was demanded. The execution of the payments of”.

“The program kicks off in early December and we are looking at the possibility of extending its opening by a few days so that more producers can enter, but once that is over, the money will be back in no more than twenty days. Farmers should not have ‘ account “Juan José Bahillo warned.

Saenj Paya (Agency) – The sudden intervention of the state in agricultural activity creates uncertainty, a situation that is recognized by the Secretary of Agriculture, Livestock and Fisheries of the nation.

Given the wheat campaign cut short by the drought, we fear some intervention to “assure bread on the Argentine table”. This possibility was dismissed by Juan José Bahillo, who insisted that wheat shipments that had been scheduled for the first quarter be rescheduled with the export sector “to better manage supply”. The water crisis would leave a crop of 13 million tonnes, “which is sufficient to supply the domestic market but will limit sales abroad.” Sergio Massa’s cabinet official said, “We understand there will be no need to intervene.”

He clearly stated, “It is not the best thing to intervene, except in some very extraordinary unforeseen events, because it is not good for the producer to change the rules of the game, especially in the period between planting and harvesting.” “

In this sense, he insisted that “the farmer sows with certain costs and expectations, specific rules of the game and predictability, but these rules are modified at times and are not always in favor of the producer, who is responsible for planting and discourages the farmer.” “We do not want to take these kinds of measures and we have not taken them,” he remarked, in an apparent reference to his management as secretary in the cabinet of the Ministry of Economy.

Cotton Without the Regional Dollar

Saenz Peona (Agency) – Cotton and honey were not included in the announcement by the Ministry of National Economy on the legalization of inter-dollar for regional economies “because it is not that easy, but work is being done.”

“There is a different dynamic in regional economies because there is not always available stock, a fixed quantity over time in the schedule of shipments, which is not the case, for example, with soybeans that are stored in silo bags and Producers sell at a price and the conditions are attractive”, explained the nation’s agriculture secretary before consulting on not including cotton within the dollar plan for regional economies.

The official warned that “neither economy is blessed or condemned, because a special dollar can be opened if the conditions are met for business opportunities for exporters.”