Ovidio’s capture resulted in the death of 10 soldiers and 19 criminals. 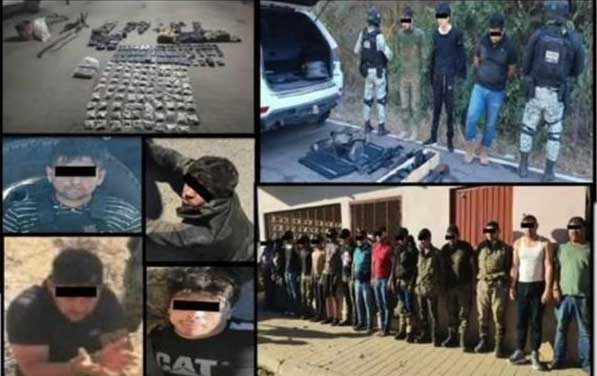 The dead included 10 soldiers and 19 members of the Pacific Cartel. It also indicated that there are no civilian victims.

“The ten soldiers who unfortunately lost their lives in the line of duty to guarantee the safety of civilians and the people of Sinaloan, while emphasizing their values ​​as soldiers of the country. The Mexican State will provide all assistance to the bereaved. “, he said at a morning conference call by President López Obrador.

“Thirty-five soldiers have been injured by firearms, who are being treated in hospital. Also, to date, there is no information about any innocent civilians who have lost their lives as a result of these operations.”

He said that 21 members of the criminal group have been arrested.

The chief of Cedena noted that at least 3,500 soldiers participated in security work after the blockade and drug violence in Sinaloa.

“After the incident, 3,500 Army and National Guard troops were deployed to the state of Sinaloa, including special forces personnel and paratroopers, to reactivate order and rule of law,” he remarked.

He supported the government’s commitment to guaranteeing the safety of Mexicans.

“As the federal government’s unshakable decision to act against crime is reaffirmed, the military reiterates its commitment to ensure and protect the well-being of citizens while guaranteeing the peace and security of Mexicans,” he said. I will.”