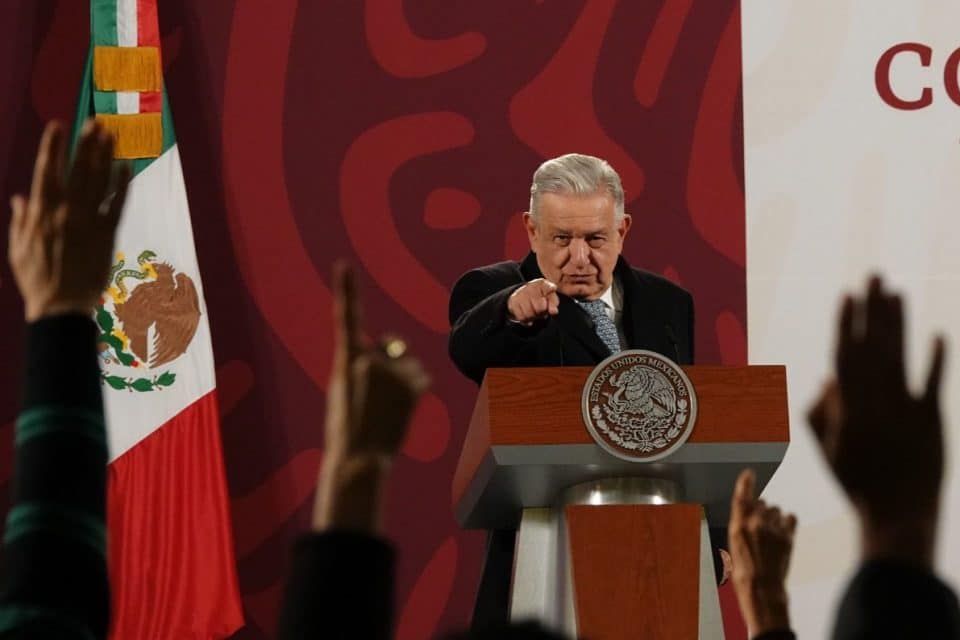 National Action Parties (pan) and democratic revolution (PRD) formally condemned President Andres Manuel Lopez Obrador and other senior officials who are active in Morena, whom they accuse before the National Electoral Institute (offline) of use public resources To promote the march in favor of the president called for this Sunday, November 27.

In Complaints registered separately in INEBoth opposition forces also point out that López Obrador does A personalized promotion of your image with treasury fundsWhich would be violative of Article 134 of the Constitution, which establishes that public servants must make fair use of State property at their disposal.

Other alleged irregularities reported are pressure potential To make efforts as well as for workers to participate in the march by the federal government and other relevant administrations condition of support For beneficiaries of social programs.

Representatives of PAN and PRD before INE, Victor Hugo Sondon and Jose Angel Avilarespectively, indicated in interviews that their political parties would monitor the crowds on Sunday and offer more resources if they deemed necessary.

“Yesterday (Thursday), we lodged a complaint with the National Electoral Institute as they are not only displaying the calls in the media but also holding private meetings of officials, practically forcing workers and beneficiaries of social programs are so that they join this pseudo-march of the President of the Republic, ”said Sondón.

lopez obrador announced to march On 13 November, Mexico City and other organizations organized protests against his electoral reform initiative and in defense of INE, just days after he celebrated his four years in government, an institution he proposed to “replace”. .

Since then, members of the President’s cabinet, governors, MLAs and leaders of Morena have joined this call. Some of them have also said that they will give money from their own pockets for transportation to those willing to participate in the mobilization.

López Obrador denied at his conference this Friday morning that public resources were being used to promote the march, although opposition politicians say there is evidence.

In addition, he pointed out that his party has received complaints from opposition mayors, who accuse the Chiapas government, led by Rutilio Escandón from Murray, of conditioned for the advancement of public works in return for mobilizing people to join López Obrador’s act on Sunday.

“We have discovered that, in the state of Chiapas, the presidents of the opposition are being forced to bring a truck, given the threat that they will stop work if one truck per municipality does not join the march. They have the state government. Obviously, none of the municipal presidents want to inform it, but they have already told us,” he said.

In Mexico City, where Claudia Sheinbaum, Murray’s presidential candidate for the 2024 elections, governs, activists at PILARES centers this week denounced their superiors for asking them to march and even pick up other people. are forcing.

Workshop facilitators told from these sites political animal that they were threatened that “measures” would be taken against them if they did not comply with the order.

Read: They force the workshop leaders of Pilares to march with AMLO in CDMX; they will roll call

The Pilares Centers – an acronym for Points of Innovation, Freedom, Arts, Education and Knowledge – represent one of the main public policies of the Sheinbaum administration, which aims to be at the forefront of the independence march led by Lopez Obrador on Sunday. hopefully. to the capital’s Zócalo.