Panama eliminates mandatory use of masks 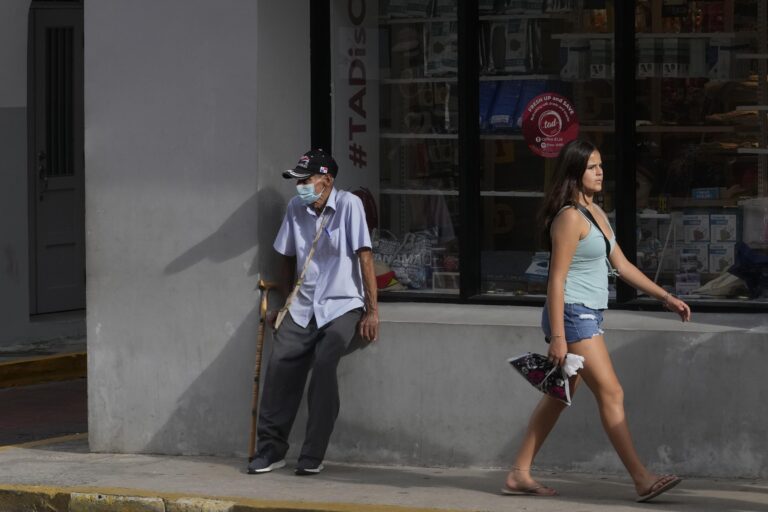 PANAMA ( Associated Press) – Panamanians will be able to do without a mask in open and closed spaces from Monday, but will have to wear them in hospital centers and public transport, despite health authorities insisting on maintaining care at a time. when high infections by COVID-19.

Panama thus follows the other Central American countries that have eliminated the mandatory use of masks to protect themselves from infection.

Authorities suspended the mandatory wearing of masks weeks earlier, but only in open spaces. Despite this measure and the ordinance since Monday, many Panamanians continued to wear barrettes in the streets and restaurants.

Meanwhile, the country of more than four million people reports an average of more than 1,000 cases a day, although according to authorities the number of hospitalizations and deaths from the disease remains low. Panama, which vaccinated more than 70% of its population with the three doses, has more than 8,300 deaths from COVID-19.

In April, Salvadoran health authorities announced that the use of masks would not be mandatory due to the drop in the rate of infections and greater availability of hospital beds.

In Guatemala, its use was also eliminated, but last week it became mandatory again in open and closed spaces due to the recovery of cases. However, people seem to resist putting them on, despite seven out of 10 tests being positive or the 5,000 infections recorded daily, according to officials.

In Costa Rica, it ceased to be mandatory with the arrival of the government of Rodrigo Chaves on May 8, with the exception of health posts.