Paola Longoria continues to advance in her military career 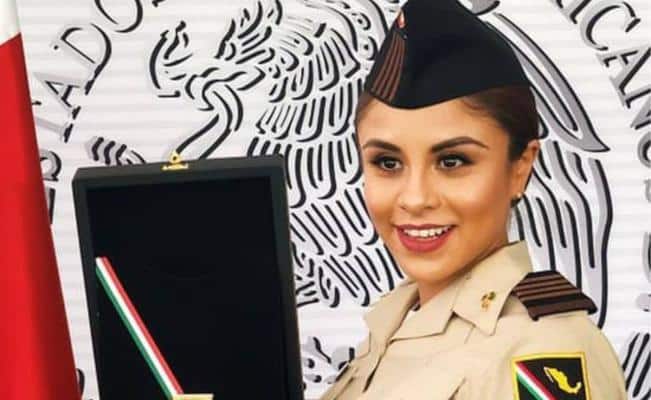 his last ascent Secretary of National Defense (Cedena) Dating from 2018, this year Paola Longoria can achieve a new milestone in her military career by receiving Lieutenant rank.

A few days ago, the racquetball player had shared a picture of the ceremony where hundreds of members were given appointments. Mexican Army.

Potosina’s rise is part of the program General Promotion 2022; She was one of those promoted as a result of her merit.

Longoria enlisted in the Army in 2012 with the rank of Clerk Assistant Soldier.

Over the years, showing progress in his training and military training, he achieved his first promotion and became a physical professor of physical education.

However, she dedicates herself 100% to the sport and every time she wins in her discipline, she gets recognition from the entire institute.

It was in 2018, when he received the Sports Merit Medal from the then President of Mexico, Enrique Peña Nieto, that he attained the rank of second lieutenant.

an engagement Mexican Army and Air Force With high performance military athletes, it is to give them all the facilities in their preparation and thus, obtain the best results when they go to represent Mexico in various competitions; Similarly, it aims to promote sporting culture among its members.

What is Paola Longoria’s salary in the army?

In the military personnel salary table for 2022, Cedena athletes can earn anywhere from 15,370 pesos in the rank of soldier to 49,238 pesos as a captain, which is the highest rank an athlete can earn.

With her promotion from second lieutenant to lieutenant, Longoria’s new salary will exceed 23,310 net pesos, according to what was published on the army’s website.

The athlete from San Luis explained in separate interviews that wearing the military uniform represents honor, respect and pride for her.

Successes of a racquetball player from San Luis Potosí

After winning his twelfth trophy US Open Racquetball ChampionshipLongoria managed to add 116th title in his entire career this year.

He recalled that the first time he won it was when he was 18 years old, and that this competition opened the panorama for him to dream that he could become No. 1 in the world.

The Mexican racquetball player continues as world No. 1 in the LPRT rankings with 2337.50 points.