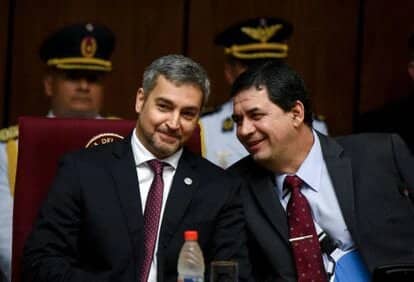 Paraguay’s Vice President Hugo Velázquez announced his resignation on Friday, after being accused of alleged corruption by the United States of America (USA).

“I resign because I have to prove my innocence,” he said in an interview with ABC Cardinal Radio, quoted by Actualidad RT.

Similarly, he announced that his departure would be made official next week.

Similarly, Velázquez also abandoned the presidential candidacy of the ruling Colorado Party, which he led, for the next year’s general elections in Paraguay.

“I address Paraguayans with a clear conscience. In view of the statement of the Embassy of the Government of the United States of America, I decline my candidacy to prepare my defense and focus on protecting the good name of my family. have decided to do so,” the now former vice president wrote on his Twitter account.

“Our fight for a country with social justice and opportunities for all will continue through the large numbers of authentic Coloradoans in the Republican Force, who will continue to defend the founding ideals of General Bernardino Caballero,” he added in the publication on the social network. ,

Velázquez has been accused by the US of offering a bribe of more than US$1 million to a Paraguayan official who was investigating against him.

Not much was known about the nature of the case. However, for the US, that investigation “threatened the vice president and his financial interests.”

The announcement against Paraguay’s vice president comes weeks after the US accused the South American nation’s former president, Horacio Cartes, of “significant corruption”.