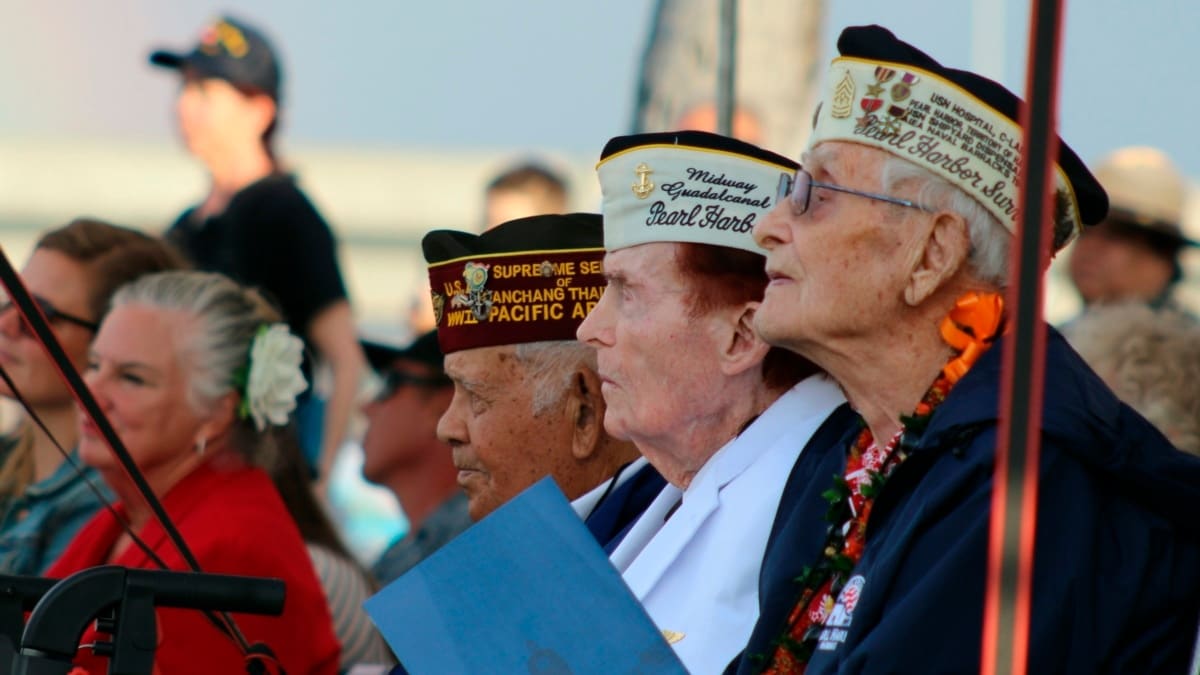 A handful of survivors of the Pearl Harbor attack gathered at the site of the Japanese attack on Wednesday to remember those killed 81 years ago.

Those are fewer than in recent years, when a dozen or more traveled from across the country to Hawaii to pay their respects at the annual ceremony. One reason for the decline is that many people have passed away due to age.

The youngest active duty military personnel would have been about 17 years old on December 7, 1941, making them 98 years old today. Many of them still alive are at least 100 years old.

Ira Shaub, 102, played tuba in the band on the USS Dobbin. He remembers seeing Japanese planes flying overhead and wondering what to do.

“We had nowhere to go and we hoped that he would not be with us,” she said before the ceremony began.

He delivered ammunition to the ship’s machine gunner, who was not hit.

He has attended the memorial ceremony four times.

“I will not miss it because I have many friends who are still buried here. I return out of respect for them,” he said.

Schaub remained in the Navy during the war. After the war, he studied aerospace engineering and worked on the Apollo program. Today he lives in Portland, Oregon.

He wants people to remember those who served that day.

“Remember what you are here for. Remember and respect those who survived. They did a great job. Those who are still here, dead or alive,” he said.

About 2,400 soldiers died in the attack, which led to the entry of the United States into World War II. The USS Arizona alone lost 1,177 sailors and marines, nearly half of the dead.

The US Department of Veterans Affairs still does not have statistics on the number of Pearl Harbor survivors still alive. But the department’s figures show that of the 16 million who served in World War II, only 240,000 were still alive in August and about 230 die each day.