People are buying these small SUV vehicles fiercely, they give great mileage up to 23Km at a low price

The demand for Compact Sport Utility Vehicle (SUV) vehicles is increasing continuously in the Indian market. Due to the sporty design, better performance and great mileage at a low price, people are very much liked by the vehicles of this segment. In the month of August, people have bought these three compact SUV models fiercely. So let’s know about those vehicles –

Maruti Vitara Brezza is the best selling SUV in the segment. The company has sold 12,906 units of this SUV in the month of August last, which is an increase of 87 percent as compared to 6,903 units in the same month last year. This SUV is available in the market only with a petrol engine. The company has used a 1.5-liter petrol engine in it, which generates 105PS of power and 138Nm of torque. This engine comes with 5 speed manual and 4 speed automatic transmission gearbox.

The Maruti Brezza is available in the Indian market in a total of four variants. Its price ranges between Rs 7.51 lakh to Rs 11.41 lakh. Its manual variant gives a mileage of 17.03 kmpl and automatic variant up to 18.76 kmpl. The company is also preparing to launch its CNG variant in the market soon. This small SUV from Tata is consistently performing well. In the month of August last, the company has sold 10,006 units as compared to 5,179 units in August last year. Its sales have seen an increase of 93%. People are liking this SUV a lot due to low price, better mileage and great safety features.

This SUV has got a 5 star rating in the Global NCAP crash test. Due to safety, technology and better performance, people are increasingly turning towards this SUV. Tata Nexon is available in the market with a total of two engine options. It is powered by a 1.2-litre turbo petrol engine that produces 120 PS of power and 170 Nm of torque. On the other hand, in its diesel version, the company has used a 1.5-litre turbo diesel engine that generates 110 PS of power and 260 Nm of torque. This engine comes with 6 speed manual and 6 speed automatic gearbox. Along with petrol and diesel, this car is also available in electric version.

In this, the company has given many great features which make it better than other models. It has a 7-inch touch screen infotainment system that can be connected to Apple Car Play and Android Auto. Apart from this, features like digital LCD instrument cluster, multi functional steering wheel, height adjustable driver seat, power adjustable out side rear view mirror (ORVM’s), cornering fog lamps, electric sunroof are available. 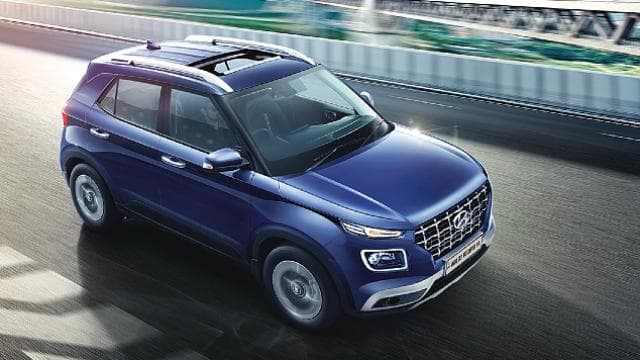 Hyundai’s small SUV has become the third best-selling car in the country. The company launched it in the market as the country’s first connected car. In the month of August last year, the company has sold 8,377 units as compared to 8,267 units in August last year. Although there is a marginal increase in sales, it has performed better than other models.

Global Low Voltage Charger Market (2021 to 2025) – A growing number of ride-hailing fleet vehicles are on the rise – ResearchAndMarkets.com

SNOWMAGEDDON: Gardiner, DVP shut down as GTA under Blizzard warning

US releases Guantanamo detainees to Morocco

Boulder, Northern Front Range is an early leader in the field of artificial intelligence