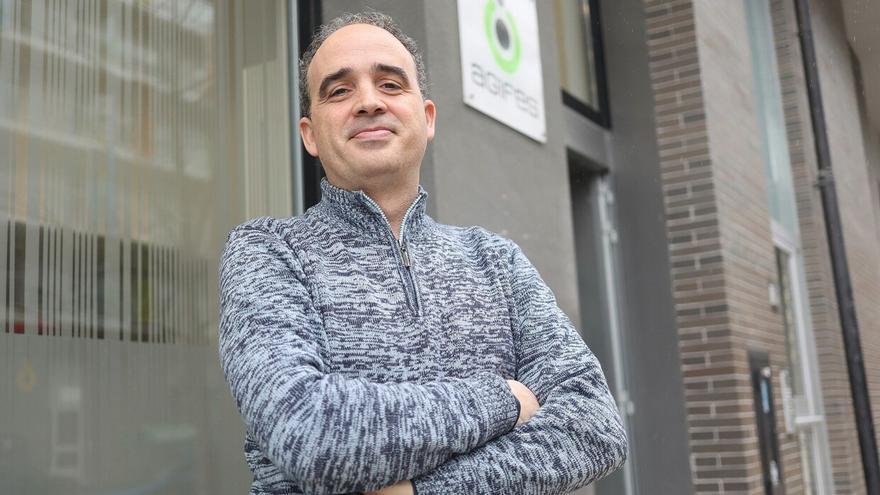 Delete and new account. Christmas 2022 is already history. Behind the walls of the houses, there must have been hidden stories of laughter and tears, which are born when many people come together.

Such special dates affect us all, but what more than people with mental health problems? depends on. Iker Arrizabalaga, a psychologist from the Guipuzcon Association of Relatives and People with Mental Health Problems, Egifs, explains it this way.

Special dates like Christmas change everyone’s day, but do they affect those who are more likely to have mental health problems?

yes of course. People who have mental health problems are, in theory, more sensitive to changes in routine due to certain events. There are people who don’t want to know anything about Christmas without any mental health issues. It depends on what turns each person on.

A person with mental health problems who is mildly depressed or isolated will suffer more. Mental health problems are more manifested when interacting with other people. I can take my stuff, that no one cares if they don’t make my day to day difficult. There are usually meetings at Christmas, missing people who are no longer there… all of this excites anybody. There are some who are waiting for these dates and there are some who are not, who are forced to stay there. In commercials, everyone is happy and cheerful and if I have a mental health problem, I feel unwell and all I can think about is that everyone is happy except me, which is unfortunate. Furthermore, it is not uncommon for conflicts to arise at those family gatherings.

Too many cross factors.

As a general rule, people with mental health problems will have greater barriers to change and accept changes in routine. If I’m unwell and I’m used to being at home, more secure in my surroundings, and suddenly I find myself having dinner with ten people, there will be people who will react by staying in their rooms or who will ask That they don’t invite certain people, who may be close family members. But, in general, Christmas doesn’t feel good, because if I have mental health problems and have difficulty controlling myself emotionally and relating and dealing with different situations, these meetings are going to cost me more.

Were these types of meetings held with the families earlier?

It is a theme that is repeated every year and many people who have a family member with a mental health issue wonder how they will manage themselves. Families are usually more cautious and nervous about how they will manage the meeting. Because apart from this it is believed that you have to be good in those meetings. Usually, in the end, things turn out better than expected. It is concerned with mental health, with expectations of what is about to happen, which are usually more devastating than what happens later. This sometimes makes it difficult for us to live in the moment. If you’re alert, aware of how a person with mental health problems reacts, I’ll be more defensive.

And the person himself?

To the extent that they are adults, they decide whether they want to be there or not. Many avoid them. Avoidance of facing this type of situation is a habitual tonic.

On the day of change in diet, consumption of alcohol…

These are the dates when more alcohol is consumed and this leaves people heartbroken, positively and negatively, as aggression also increases.

And if the party is spent alone?

It is necessary to distinguish between the solitude that is chosen and the one that is not. There are people who have the option of spending the holidays in company and decline invitations to avoid out-of-routine situations where they do not control and do not know how they are going to be. He chooses to isolate himself, which is one of the main signs that our mental health is not doing well. Loneliness is, in theory, sought as a form of security but it becomes a vicious cycle that makes it difficult to belong. Change, movement, are synonymous with health. A good definition of mental health problems would be resistance to change. Change is something natural and a part of our lives. But at the same time we need others to nurture us with affection and affection and material things. There is struggle.

The moments of absence when the person is not well, are those faults difficult?

In general, a person with mental health problems is more vulnerable to situations of stress and loss. Effective damage must be digested and sometimes this is not achieved. It may be that the missing people will be woken up more on those dates. Some are missing because they have passed away, but others because they don’t want to be there. It is more annoying sometimes. Without affective relationships a person is not understood. Some absences, depending on the reason that explains them, can help me move, get my battery. But not in general.

Not all changes are created equal

Absolutely not. It depends on the facts. For example, holidays. They serve to disconnect, if something is programmed and desired. But if the conflict, for example, is in the family and I go on vacation with them, many things can happen. And all is not well. If vacations are the breaks from business that I want, then they are a positive thing. What if I don’t work? I don’t care if it’s Monday or Saturday. If I have a mental health problem, I isolate myself and I don’t care what day it is. In such a situation, holidays matter less.

And day to day?

More problematic are the transformations, such as one serving rather than the other. People with mental health problems normally take change badly. Imagine an obsessed person when something is changed. Everything changes and insecurity kicks in. But change is opportunity and struggle is opportunity for change.

One may feel bad about the change, but the other side of the coin is that it can be an opportunity. Everything can go wrong at a family reunion, but it can also be a good time to try to resolve conflicts that may arise.

Do these changes work with the person?

Chosen changes and others happen because there is no other option. When there are changes that are about to come, we try to work on them, they are explained. You are in change together and it is easier that way. If it is unavoidable, you can act on acceptance. If it can be avoided, these people will try to avoid change, they will vehemently oppose it.

a way to protect myself

Yes, they will try to avoid situations where they have to face the challenges of life. They try to fend for themselves and let other people do it for them